From the MCN press release of the 2007 Sundance lineup:

Rocket Science (Director and Screenwriter: Jeffrey Blitz)—A 15-year-old boy from New Jersey with a stuttering problem falls in love with the star of the debate team and finds himself suddenly immersed in the ultra-competitive world of debating. World Premiere.

Is it just me or does that sound just like last year's overlooked little gem Thumbsucker? You just replace stuttering with thumbsucking and BOOM you have Thumbsucker. 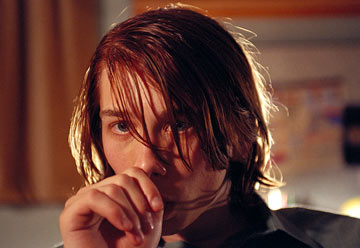