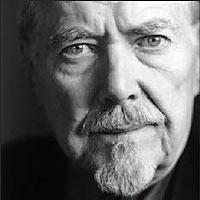 When I wrote the previous post, I had just learned of Altman's death, and it had not had time to sink in yet. I wrote this later on my own personal blog:
I had never cried about the death of a celebrity before today. But this one...this one was different.
Altman was one of the great directors of this or any time. He gave us M*A*S*H, Nashville, The Player, and the movie I quite possibly enjoy above all others - Gosford Park.
Altman was one of the greats, a legend in his own time. He was one of the great mavericks of the 70s, with the likes of Martin Scorsese, Francis Ford Coppola, and Steven Spielberg. He made cinema his own, leaving his own indelible imprint with his unmistakable style of roving cameras and - most famously - overlapping dialogue.
His most recent film was A Prairie Home Companion. How fitting that a warm hearted elegy for the passage of time and saying goodbye ended up becoming his final gift to the world.
I heard about it after I got out of voice class...but it didn't hit me then. I was too shocked...and busied myself with announcing the news on the post below. It wasn't until later, when I was standing on the sidewalk waiting on the bus, that it hit me. And then the tears came.

My mind drifted back to the poignant finale of A Prairie Home Companion, and it was all I could do to keep it together.
I'm going home today for Thankgiving break. And I'm going to rent A Prairie Home Companion and show it to my family. It seems fitting somehow, to remember Altman tonight. In that movie, one character asks another, "Don't you want people to remember you?" And the character replies, "I don't want them to be told to remember me."
No one will have to be told to remember Robert Altman. His artisitic contributions to the world will last forever.
Somehow, though I never knew him personally, the world seems a bit emptier without him. Movies were never the same after him...and they never will be again.
As a character in Prairie Home Companion says, "There is no tragedy in the death of an old man. Forgive him his shortcomings, and thank him for all his love and care."
Farewell Mr. Altman. We'll never forget you, or the movies you made. There will never be another like you.
Thanks for everything.
Email Post