Horner Replaced on "The Good Shepherd" 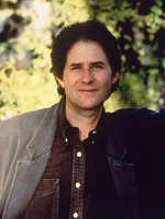 It was announced on Monday that James Horner was replaced as composer on Robert DeNiro's The Good Shepherd by Marcelo Zarvos and Bruce Fowler.
Horner has had a run of bad luck lately, what with the majority of his wonderful score for The New World being chucked out in favor of Wagner and Mozart. And now this. Which seriously hurts his Oscar chances this year. His score for All the King's Men is quite simply the best musical score of any film so far this year, but the movie was a critical and popular bomb, so the chances of it getting nominations of any kind are unlikely. Although, The Village did garner its composer, James Newton Howard a nomination after a lashing at the box office, so anything's possible.
I'm a fan of Zarvos' work though. Fowler is still unproven as a composer, his most high profile assignment was "additional music" on Pirates of the Caribbean: Dead Man's Chest. Zarvos' haunting score to The Door in the Floor is one of the most underrated works in years. So it's an interesting switch.
Horner still has Mel Gibson's Apocalypto coming up, so he's not out of the race just yet. Although how that film will be recieved after Gibson's anti-Semitic breakdown is yet to be seen.
Email Post