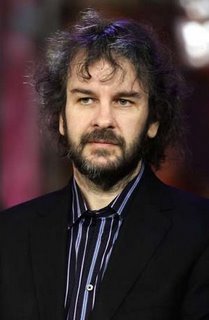 In a letter posted on theonering.net, Peter Jackson says:

Several years ago, Mark Ordesky told us that New Line have rights to make not just The Hobbit but a second "LOTR prequel", covering the events leading up to those depicted in LOTR. Since then, we've always assumed that we would be asked to make The Hobbit and possibly this second film, back to back, as we did the original movies. We assumed that our lawsuit with the studio would come to a natural conclusion and we would then be free to discuss our ideas with the studio, get excited and jump on board. We've assumed that we would possibly get started on development and design next year, whilst filming The Lovely Bones. We even had a meeting planned with MGM executives to talk through our schedule.

However last week, Mark Ordesky called Ken and told him that New Line would no longer be requiring our services on the Hobbit and the LOTR 'prequel'. This was a courtesy call to let us know that the studio was now actively looking to hire another filmmaker for both projects.

Has New Line lost their minds? After what Peter Jackson did with The Lord of the Rings, they just dump him and go looking for another director?

Peter Jackson also describes his lawsuit against New Line in the letter:

You may also be aware that Wingnut Films has bought a lawsuit against New Line, which resulted from an audit we undertook on part of the income of The Fellowship of the Ring. Our attitude with the lawsuit has always been that since it's largely based on differences of opinion about certain accounting practices, we would like an independent body - whether it be a judge, a jury, or a mediator, to look at the issues and make an unbiased ruling. We are happy to accept whatever that ruling is. In our minds, it's not much more complex than that and that's exactly why film contracts include right-to-audit clauses.

So that means we will never see a Jackson directed Hobbit. What a shame. If they don't come to their senses and hire Jackson back, chances are The Hobbit will be a disaster.