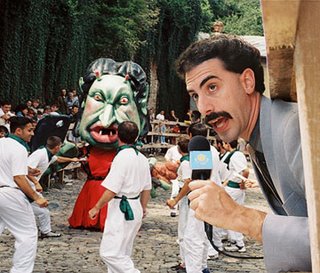 Clueless Kazakhstani journalist Borat Sagdiyev goes on the road to learn about America from real Americans in this mockumentary based on Sacha Baron Cohen's character from Da Ali G Show.

"A comic put-on of awe-inspiring crudity and death-defying satire and by a long shot the funniest film of the year. It is Jackass with a brain and Mark Twain with full frontal male nudity." - Ty Burr, Boston Globe 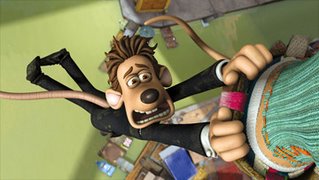 A high-class mouse named Roddy (Hugh Jackman) accidentally gets flushed down the toilet to Ratopolis, a city in the sewer, where he is totally out of his element, and must face attacks by the evil Toad.

"Though it lacks Wallace and Gromit's charm, its mile-a-minute inventiveness is impressive." - David Ansen, Newsweek

"Flushed Away is more of the same, but with just enough sassy flourishes - a villainous French frog, voiced by Jean Reno, or a Greek chorus of singing and dancing slugs - to keep the conceit above water." - Duane Dudek, Milwakee Journal Sentinel
THE SANTA CLAUSE 3: THE ESCAPE CLAUSE
Rottentomatoes rating - 14% positive
Metacritic score - 39 (Generally Negative Reviews) 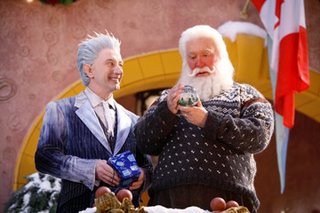 Tim Allen's Santa must face not only balancing family with his job as the Jolly Old Elf, now he has to stop Jack Frost (Martin Short), from taking over Christmas.

"Allen looks silly, tired and bored this time in the fat suit and beard, while the movie presents the irritating Martin Short as Jack Frost, nipping at your nerves as Santa's nemesis in a bid to take over and (gasp!) commercialize Christmas." - David Germain, The Associated Press

"What is seriously missing here is any sense of fun and warmth, which the other movies did possess. This one looks like work." - Kirk Honeycutt, The Hollywood Reporter 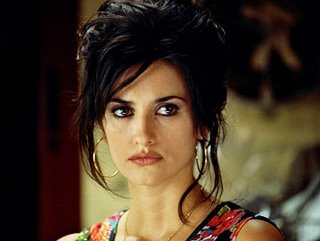 In the latest film by Spanish auteur Pedro Almodovar, a mother (Carmen Maura) returns from the grave to change things she could not do during her life, and to watch after her daughters (Penelope Cruz, Lola Dueñas) and her granddaughter (Yohanna Cobo).

"Red, in every conceivable shade, is, not surprisingly, a key color in Volver, a movie about the towering virtues of high heels and the indomitable power of good old 35mm celluloid." - Rob Nelson, Village Voice

"Volver is Almodovar's passionate tribute to the community of women -- living and dead -- who nurtured him. Through the transformative power of his art -- carried on the wings of Alberto Iglesias' exhilarating score -- we feel their presence. You do not want to miss this one." - Peter Travers, Rolling Stone
Email Post