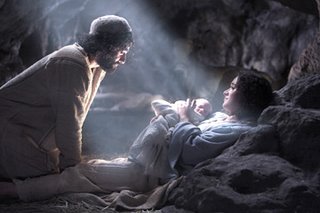 From the Chicago Courier:

CHICAGO -- City officials sent a message to a movie studio that hoped to help sponsor a Christmas festival with advertising for its film about the night Mary and Joseph couldn't find a room at the inn: There's no room for you.

Worried that ads for The Nativity Story would offend non-Christians browsing in the traditional German Christkindlmarket in the heart of downtown, the city asked the German American Chamber of Commerce to reconsider New Line Cinema, which made the film, as a sponsor. The group then told the studio it would not be part of the bazaar that began Thursday.

The reasoning has at least one prominent Christian group, and the studio, shaking their heads. "The last time I checked the first six letters of Christmas still spell out Christ," said Paul Braoudakis, communications director of the Barrington-based Willow Creek Association, a group of more than 11,000 churches of various denominations.

"It's tantamount to celebrating Lincoln's birthday without talking about Abraham Lincoln," he said.

Umm...the last time I checked no one worshipped Abraham Lincoln. But still, this sounds like a bit of an overreaction on both sides. One side being slightly overprotective and the other one automatically crying Christian persecution. Sigh...
Email Post