Francois Truffaut is Alive and Well and Living in Norway 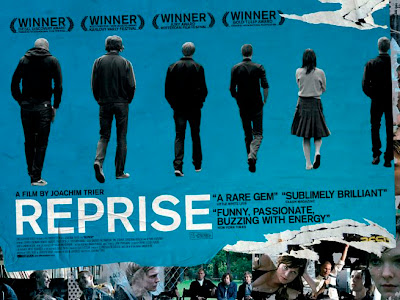 In my review of Joachim Trier's Reprise, I talked a lot about the film's reminiscence of the works of French New Wave directors Francois Truffaut and Jean-Luc Godard, often recalling early Truffaut and Weekend era Godard at the same time.

That is not to say that Reprise is merely a retread of old ideas. But what makes it great is how it captures the spirit of the Nouvelle Vague. The New Wave directors were obsessed with cinema, utterly consumed by it. And they mimicked what they saw (Godard's debut, Breathless, was a new take on American gangster pictures), but instead of mere regurgitation, they let the old inspire new directions for them.

In an interview with The New York Times, Trier lists Nicholas Roeg, Steven Soderbergh, and New Wave director Alain Resnais as key influences on the time and reality-tripping nature of Reprise. The article goes on to say:

In its way “Reprise” is a rebellion against the Norwegian dramatic tradition and the social-realist tenets that informed Mr. Trier’s film education in London. “There’s a guilt in Norway and in Britain over beauty,” he said. “They’re both very Protestant cultures.” Anything but ascetic, “Reprise” harks back to the French New Wave, which he called “cinema at its sexiest.”

Reprise is unabashedly and unapologetically its own movie, but Trier knows where its roots lie. That's what makes the film such a unique and refreshing experience. It's a throwback with a stunning modern sensibility, and in many ways, one that is ahead of its time. It feels wholly timeless, and that, I think, is one of the greatest heights a filmmaker can achieve.
Email Post