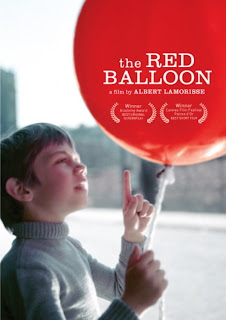 I was browsing through Barnes & Noble today and I came across the Criterion Collection's new release of Albert Lamorisse's classic 1956 short film, The Red Balloon.

I have been curious about the film (especially since the release of Hsiao-hsien Hou's The Flight of the Red Balloon earlier this year), and the store's $14.99 price tag seemed too good to pass up (especially for a Criterion disc), so I bought it, and just got finished watching it.

And what a gem it is. For those who haven't seen it, the film concerns a little boy who discovers a red balloon on his way to school one morning that seems to have a mind of his own. That's pretty much it, and at only 34 minutes long, The Red Balloon is short and sweet. It tracks the boys adventures with the balloon as it gets him in and out of trouble, and ends up being one of the most magical experiences ever captured on film.

In won the Palme D'Or for Best Short Film at the 1956 Cannes Film Festival, and remains to this day the only short film to ever win an Oscar outside of the short categories. It won the Best Original Screenplay award that year, despite being nearly wordless from start to finish. 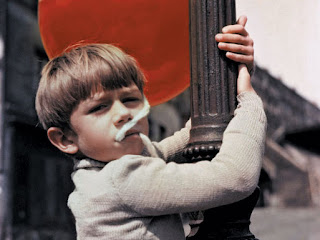 That is a testament to its beauty and power. It tells its story through images and music and still leaves such a lasting impression. It is the world through the eyes of a child, and as such it is not a film for the cynical or cold hearted. But for those who choose to open their heart and take the journey, The Red Balloon couldn't be more rewarding.

Anonymous said…
What an amazing film, I agree - more people should see it.