I really liked Tom McCarthy's The Visitor while I was watching it, but the full emotional impact of it didn't hit me until after the movie was over and I was sitting in a screening of Young @ Heart, before which they showed a trailer for the film. And then I started crying. I mean bawling, tears rolling down my face and everything. 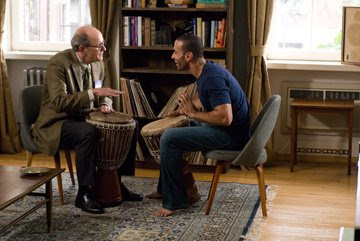 Oh I felt my eyes sting a few times during the film itself, but nothing like this, or anything like in Young @ Heart, during which I pretty much cried solidly for the entire second half, and now my eyes are sore from using napkins as tissues. Sometimes things just take a little while to fully sink it...but once it did, it was a doozy.