Review: "The Year My Parents Went on Vacation" 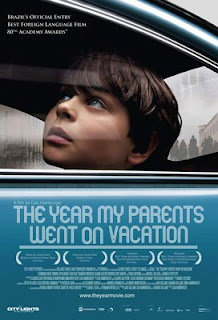 Mauro is 12 years old. He lives in Brazil in 1970 and his only care in the world is seeing Brazil win its third World Cup. That is until one day, his parents tell him they're going on vacation, and drop him off at his grandfather's house many miles away. But after his parents leave, he discovers that his grandfather has passed away, and he suddenly finds himself alone in a strange place. Until he is taken in by his grandfather's kind but gruff Jewish neighbor, who vows to take care of him until his parents return.

Mauro's parents have not gone on vacation of course. They are leftist revolutionaries fighting against the military regime that controls Brazil. And so Mauro spends a year living in a close knit Jewish/Italian community, where he forges long lasting friendships and a deep bond with his newfound family, as the World Cup unites Brazil as its political battles divide it.

Set against a time of change and political upheaval, The Year My Parents Went on Vacation (which was Brazil's foreign language submission to the Academy Awards last year) is a sensitive and poignant drama from Brazilian director Cao Hamburger, who directs with a compassionate eye and a stunning feel for time and place. It is immediately apparent that Hamburger (who was born in 1962), was young in Brazil during this time, as the film exudes an overwhelming sense of location and the bonds that hold the community together. 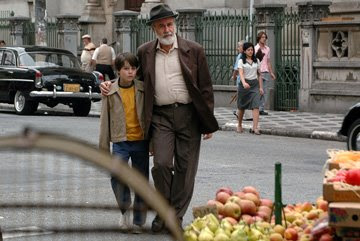 The film examines the bonds of family, friends, community, and religion in a way that is supremely moving. There is not a wasted moment in the film. We see the world through a child's eyes, and Michel Joelsas is remarkable as Mauro. He carries the film almost single handedly, although Germano Haiut is also quite good as Schlomo, the man who becomes his surrogate father.

Hamburger deftly weaves the sociopolitical climate of the time into a narrative about a boy who only wants two things in life; for his parents to return and Brazil to win the World Cup. Surprisingly, the film is also about the unifying spectacle of sports. It is much more subtle than most sports movies, but the theme is definitely here. As civil unrest grows in the country, the World Cup still unites a country around its TV sets, reveling in their teams successes and mourning for its failures as one body. 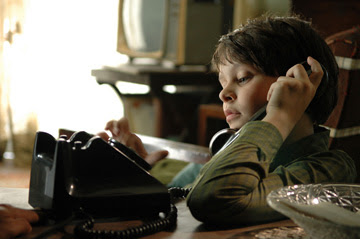 Hamburger moves the audience without resorting to schmaltz or manipulation. The story's simple beauty speaks for itself. It balances gentle humor and devastating tragedy with graceful aplomb, treating its characters with a rare tenderness.

There is nothing false or cloying about it. It has an authenticity and sense of genuineness that is truly beautiful. This is the best kind of filmmaking - a film with a living, breathing, heart and soul, where all the ingredients add up into one exceptional whole. The Year My Parents Went on Vacation strikes all the right notes along the way, and rewards its audiences with a simple and poignant slice-of-life tale that ranks as one of 2008's finest.

Daniel said…
Great job highlighting the childlike soul of this film. I felt the pace became a little inconsistent in the second half, but the last few minutes were terrific, and overall it was a very sweet film.
4:54 PM