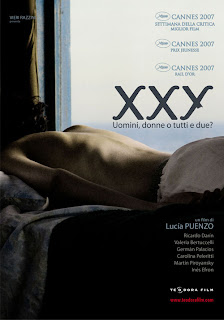 Lucia Puenzo's XXY is the kind of film defies pithy blurbs. It's impossible to categorize, because the film itself refuses to put easy answers to hard questions, and, much like its characters, refuses to be put in a nice, tidy box.

This is powerful stuff - revelatory really. It is the kind of filmmaking we yearn for but so seldom find - soulful and searching, exploring life in ways few people dare to imagine, asking questions so many avoid. That makes XXY an essential film, and ultimately, one of the finest examinations of human sexuality I have ever seen.

The film introduces us to Alex, a 15 year old hermaphrodite who was born with both male and female genitalia, who is dealing with the eternal pressures of growing up, grappling with her sexuality, and struggling with her own identity.

Her parents have invited a respected surgeon to stay the weekend in hopes of getting Alex to have a sex change operation to make her fully female. Yet Alex still has not quite figured out who or what she is, and in her state of confusion begins to lash out at the world.

She begins to form a bond with the surgeon's 16 year old son, Alvaro, who is dealing with issues of sexual identity of his own. 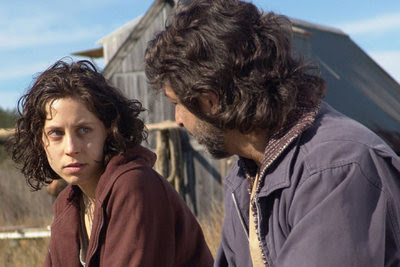 This could have easily become an overwrought soap opera, filled with teenage angst and melodrama, but it is a testament to Puenzo's prowess as a director and craftsman that this is never the case. XXY is bold, meaningful filmmaking, fearlessly exploring ideas of human sexual identity and sexual orientation.

But it is ultimately deeper than any kind of label one might try to put on it. Common terms like gay, bisexual, or transsexual have no place here. XXY is a film about love and humanity, and neither know any bounds. The attraction felt by the two leads as they struggle with their own identities transcends the labels we humans try to place on ourselves.

Alvaro may or may not be gay, Alex may or may not be female. It doesn't matter. The only thing of any importance is the bond they share and the place deep within where they are most themselves, physical anatomy be damned. 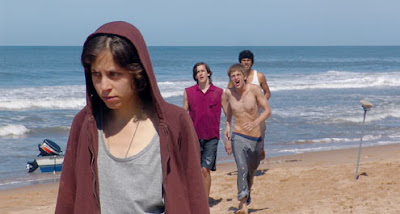 Inés Efron is a revelation in her haunting performance as Alex, with the aid of some of the most soul searing eyes I have ever seen. Her heart-wrenching portrayal of a lost child discovering her sexuality and trying to discover her identity is absolutely stunning. And Martin Piroyansky as Alvaro is equally heartbreaking, especially in his relationship with his father, who is afraid of his son growing up to be a "fag." The look on his face when he realizes he may be the embodiment of his stern father's worst fear is nothing short of devastating, and Piroyansky nails it completely.

This is the kind of filmmaking we need more of - the kind of topical exploration of ideas that isn't afraid to look deep into the heart of a subject where nothing is black and white and there are no easy answers.

Don't come to XXY looking for simplicity. The subject matter is handled with grace and empathy, even if it doesn't shy away from its sexual nature, but it is a film of many layers with volumes left unspoken. It is a raw, honest film, sexually frank and deeply insightful, and we are left with the feeling that love and life will defy all bounds, breaking barriers between genders and societal norms. It never matters that Alex is physically both male and female...all that matters is that she is human. And that, I think, is a statement we can all take to heart.

Anonymous said…
Sounds, um, interesting to say the least. Dude, you are hurting my brain with all these really good films you are seeing, you are too lucky.
3:22 AM

Anonymous said…
When I first noticed Efron in The Headless Woman, I knew I had seen her before but couldn't figure out where. Then I figured it out, obviously, lol. Still really like XXY, think I like The Headless Woman more though, idk.
5:59 PM