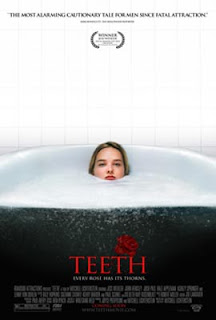 But Dawn is about to discover she isn't like other girls. In fact, she's quite different. Because in a moment of rape from a boy she thought was like her, she discovers something no one thought possible - her vagina has teeth.

Yep, Dawn has the much dreaded vagina dentata, and boy is it a doozy, causing doctors who find one of the teeth embedded in the boy's stump to conclude that it is a cross between a shark and an eel.

In other words, Dawn isn't your typical girl at all. And her attitude towards sexuality quickly begins to change as she enacts bloody revenge upon chauvinistic males everywhere.

Teeth is billed as a "horror comedy." But it doesn't really work as either - it's just plain ridiculous. And I say this not because I'm a male, but because I'm human. And it's not the subject that's the problem - oh no, there is ripe material to be mined for a brilliant female empowerment revenge fantasy. But this isn't it. 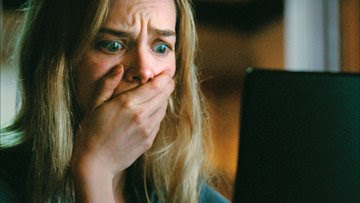 Instead, Teeth is marred by terrible performances and an aimless script filled with flat characters that are given nothing resembling development or an arc. It is trying to be an over the top, campy comedy but there is nothing really that funny or horrific about it, although the sight of blood-spurting penis stumps is sure to induce cringing from many male viewers.

If the film had bothered to give any kind of real explanation for Dawn's sudden transformation, it might would have been more successful. But the plot is just aimless and unfocused, shooting off in random directions thanks to amateurish, messy direction by first time feature director Mitchell Lichtenstein. 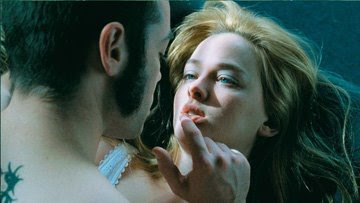 I wanted to like Teeth, I really did. I thought it had the potential to be great campy fun, a gleefully over the top, yet winkingly satirical piece of pop horror goofiness a la Snakes on a Plane. But alas, it was not to be. There is just nothing here worth watching. Even the penis biting scenes are surprisingly dull.

It's filled with phallic symbols, over the top violence, and obvious metaphors (the twin nuclear smokestacks towering over Dawn's suburban neighborhood is one of the more blatant...the over arching theme of finding, controlling, and embracing your sexuality is another), but they don't add up to much at all.

Teeth is a scattershot shot in the dark that doesn't even come close to its mark.

Anonymous said…
I still really want to see this. Major want.
3:24 AM

Matthew Lucas said…
Yeah I really wanted to see it too, and I was really excited about it - until I finally saw it.