Review: "The Edge of Heaven" 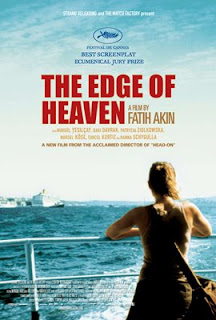 My first impression after seeing Fatih Akin's The Edge of Heaven was "well, it certainly was no Lives of Others."

But that is an unfair comparison, even if Heaven was the official German submission to the Academy Awards the year after their victory in that category for Lives. But Lives of Others was a masterpiece of rare power, and a Cold War espionage thriller to boot. The Edge of Heaven is more akin to films like Babel in its aims, with its interconnecting story lines that examines the random and unseen connections that skirt the lives of six people in Germany and Turkey.

In fact, comparing it to Babel is a bit unfair too, because instead of jumping from one story to the next throughout the film, it tells its story in three distinct linear segments, each one following a different set of characters. Each one connects to the others of course, and as the film progresses, we see how missed connections and seemingly random coincidences connect the lives of the characters in ways they don't even realize.

The central story, such as it is, is very complex, and difficult to sum up quickly. We are first introduced to Ali (Tuncel Kurtiz), an old Turkish man living in Germany who asks a prostitute named Yeter (Nursel Kose) to be his live in girlfriend for hire. She agrees, much to the chagrin of Ali's son, Nejat (Baki Devrak), a college professor at a German university. But when her death tears father and son apart, Nejat travels to Turkey to find Yeter's long absent daughter, Ayten (Nurgul Yesilcay) to help pay for her education. But Ayten, a radical political activist, is already in Germany, living illegally with her newfound girlfriend, Charlotte (Patrycia Ziolkowska) and seeking asylum from being jailed for her political activities back home. When her request for asylum is denied, she is deported back to Turkey, forcing Charlotte to follow, and her mother Susanne (Hanna Schygulla) to go after her in an attempt to reconcile after their contentious parting. 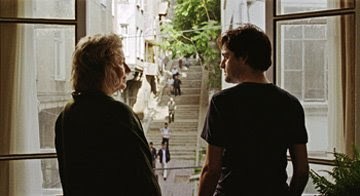 Of course, this is more of a character driven film that a plot driven one. Akin is more interested in how these people's lives interconnect, and how the fleeting nature of fate brings them together and keeps them apart.

The problem is that it doesn't always connect, and the film doesn't always finish what it starts. Not that that is always a bad thing, but the connections and coincidences don't always ring true.

The film is finely acted and well written (it won the Ecumenical Jury Prize for Best Screenplay at the Cannes Film Festival), but its parts don't always add up to a satisfying whole. Also, some of the loose ends leave some character arcs incomplete, making their journies muddled or lacking motivation for their sudden changes. This is especially true in Nejat's story, which concludes the film on a hopeful but abrupt note. 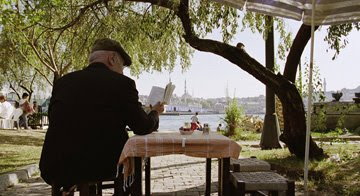 Still, there is a delicate beauty to it all. The missed connections tend to get maddening after a while (how many times can you almost miss someone?), but Akin directs with a clear compassion for his characters and the cultures in which they live. It's also a film embroiled in a changing political climate, as Turkey begins its transition into being a member of the European Union.

Despite its shortcomings, its hard to deny that The Edge of Heaven is a notable work. It starts off very strongly, but its uneven nature hampers it as the film goes on. Akin creates characters we sympathize with and feel for, but in the end we're still held at arm's length. It's enough to keep us interested, but not enough to truly enthrall us.

Daniel said…
Great review, and about the same that I gave it.

"Not that that is always a bad thing, but the connections and coincidences don't always ring true."

This is one of the things that bothered me. The trend to do this in recent years is starting to lose its flavor when it's not done well. I appreciated that Akin, for the most part, didn't hit us over the head with obvious coincidences (the subtle mention connecting the mother to everyone was a nice touch), but it was still inconsistent. Also, what did you think of the use of the act titles? I didn't enjoy them, felt they ruined what could have been good suspense, even if he was trying to make us pay attention to something else instead.

Anonymous said…
I really want to see this *replaying the same old record*
11:23 AM

Matthew Lucas said…
Yeah, the act titles kind of ruined the surprise because I kept waiting on the people to die.

I haven't heard of Im Juli but might have to check it out. Akin is obviously talented, and I did like this film. I just felt it had some problems.
12:26 AM

Anonymous said…
Didn't see those problems at all. If they bothered you, the film wouldn't be the cathartic experience that it is. It has edged ahead of THE VISITOR as the best film of 2008 so far.

The use of the titles was deliberate and didn't intrude at all. This wasn't a mystery, it was a story about the interconnection of people.
6:06 PM

Anonymous said…
This out now on DVD here in SA, and will probably see it tomorrow.

Anonymous said…
So I finally saw this, and I think I liked it more than you. I hope to get a review out to explain why over the course of this week.
10:39 AM