Review: "Taxi to the Dark Side" 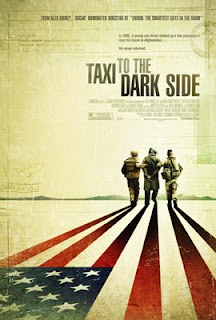 I finally got around to watching Alex Gibney's Oscar winning documentary, Taxi to the Dark Side, yesterday, and I must say I was impressed. Even though I don't think it is a better film than No End in Sight or Sicko, the two films that were more favored to win. I have a feeling that Taxi's victory was more the result of a vote split between the two superior, more high profile films, than overwhelming Academy love for it.

That being said, Taxi to the Dark Side is an excellent film that explores the story of Dilawar, an innocent Afghan taxi driver who is imprisoned by American military forces in Afghanistan and died as a result of the interrogation techniques employed by the soldiers.

Making the situation even worse is the fact that Dilawar, and his three prisoners who were subsequently sent to Guantanamo Bay were completely innocent.

Even more damning is the fact that Dilawar was captured by Afghani forces who were later proven to have been responsible for rocket attacks against American forces, and were turning over innocent people to the Americans as cover for their terrorist activities. 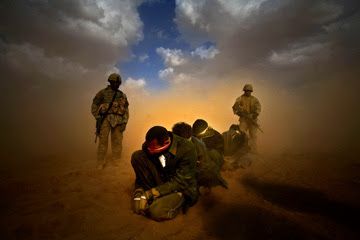 Gibney uses Dilawar's shocking story as a starting place to examine US interrogation policies, and Bush administration's weakening of habeas corpus and its willful defiance of the Geneva Conventions.

Using interviews with soldiers who were a part of Dilawar's interrogation, as well as those stationed at the Bagram military base in Arghanistan, to piece together a stinging indictment of a government who has threw out old rules of military conduct and made up its own, claiming that it does not torture detainees, while creating its own definition of what torture is. 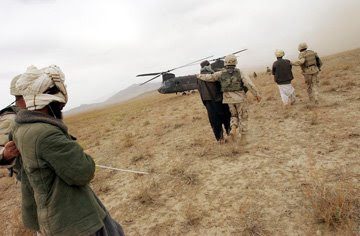 Gibney approaches his subject in a clear-eyed way that keeps the film from becoming a political screed. He asks legitimate questions and exposes the dark underbelly of American anti-terrorism operations that have strayed a long way from the vision of the founding fathers and the purpose of the Constitution from some of the most reputable sources around - the soldiers who were actually there.

TAXI TO THE DARK SIDE; Directed by Alex Gibney; Rated R for disturbing images, and content involving torture and graphic nudity.
Email Post

Anonymous said…
Reminds me that I need to post mine soon...

I agree it was very shocking and good, I do not mind that it won the Oscar at all.
4:15 AM