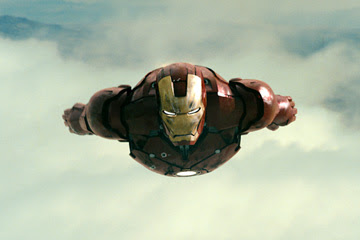 For those of you expected great things from Iron Man, never fear, it delivers.

The final battle is strangely anti-climactic, but overall the movie is a blast, and Robert Downey Jr. is absolutely superb in the title role. Ditto Jeff Bridges, who only reinforced my belief that he should play Smaug in the upcoming film adaptation of The Hobbit.

My full review won't be published until next week, but I wanted to go ahead and weigh in now that the movie is out and people can see it for themselves. This is breezy, highly entertaining summer fare that is sure to be a hit, and definitely one of the better superhero films in recent times.
Email Post

Anonymous said…
Agree on everything man, so agreed.
5:14 AM