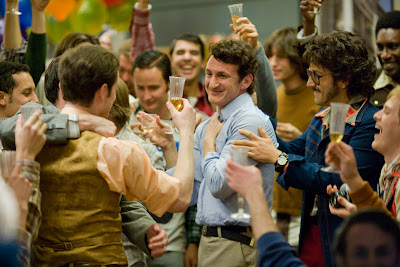 The New York Film Critics Circle announced their annual awards for 2008 today. Here is the list of winners:

I think it's safe to say that Penelope Cruz is officially a lock for a Best Supporting Actor nomination.
Email Post

Evan Derrick said…
Not bad choices, although I was not a Happy-Go-Lucky fan. Between this and the LA critics awards, I'm disappointed that Fincher didn't snag Best Director for Benjamin Button. I would put him head over shoulders above both Mike Leigh and Danny Boyle.
4:42 PM

Matthew Lucas said…
"Happy-Go-Lucky" is OK, but I wouldn't be giving it awards like this. I figured Hawkins would get some nods, but the director/screenplay love it has gotten is surprising.
7:40 PM

Anonymous said…
I can't comment on what Evan says here, as I haven't seen BENJAMIN BUTTON, (and won't until Christmas Day) but as far as HAPPY-GO-LUCKY, I must admit I did like it more than you two. However my colleague at WitD, Allan Fish, who is British and a Mike Leigh fan feels the film is very overated. The Best Director prize though for Leigh was abit too strong a statement, I'll agree.
11:51 AM