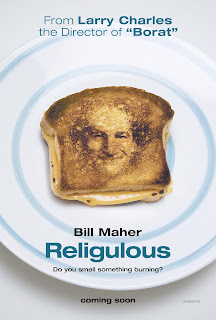 Let's get this out in the open right now before we move on. I consider myself an atheist. I do not believe in a god of any kind. I did the agnostic thing for a while, but after a while saying "I don't know" gets repetitive, not when you have seen anything that could possibly pass as evidence for the existence of god. There just isn't any. So until then, as far as I know and until proven otherwise, god does not exist. So by that standard, Bill Maher's Religulous, which blatantly and sharply pokes fun at the more ridiculous tenets of organized religion, should be right up my alley.

Well, the answer is yes and no.

Is it funny? Quite often, yes it is. Bill has quite a few choice zingers for religious lunacy and their proponents. Yet, something about it just doesn't feel right. It's kind of the cinematic equivalent of taking candy away from a retarded baby. And every time Maher critisizes something like "arrogant certainty," I cringed a little, because I never escaped the feeling that while he was pointing the finger, four fingers were pointing back at him.

Larry Charles directs with the same kind of "gotcha" sensationalism that he brought to Borat, but this time, even though the subjects are more or less aware of Maher's agenda, the film seems to have less probing things to say about humanity. It is clear Maher is out to ridicule and belittle many of the people he talks to, and while I do not think that religion (and religious people) are above criticism, there is something condescending about the way Maher handles his interviews. 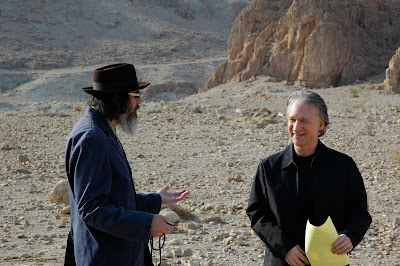 He makes several good points, but they seem to get lost in his belligerent stance. He spends the entire film making fun of religion and extolling the virtues of doubt and agnosticism (although I think he is more of an atheist in denial), but never offers any solid alternative. He says that the world would be better off without religion, and while I am inclined to agree, he fails to really explore the ramifications of that. Other than pointing out flaws in religious thinking, he never really explains why we shouldn't believe.

By picking out this most extreme voices possible, he has picked easy targets at which to throw his stones. He overlooks the unheard millions of decent, level headed people of faith who don't think gay people are evil, or that dinosaurs coexisted with humans 6,000 years ago. And when he does interview everyday people, it's painful to watch as they stumble under the Maher's withering wit. He has picked mismatched targets, and he knows it. By picking on his intellectual inferiors he has again picked an easy target. And when he does talk to intelligent people, he often misses the chance to say something profound to crack another sarcastic joke. 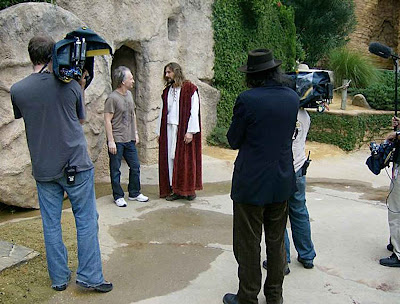 As much as it may often seem like a cosmic joke, religion is quite often very serious, especially when fundamentalism threatens other people and cultures. Don't get me wrong, I think religion is a perfect candidate for stinging satire. It needs, and often deserves, it. But Maher's brand of comedy is probably more suited to his own television show. Here, out in the open, he is rankling fur for the sake of rankling fur, throwing a rock at the hornets nest just to see them swarm. There is no intellectual backing for this kind of blanket provocation.

I would be lying if I say I didn't enjoy it to some degree. There is always some satisfaction in watching hypocrites trip on their own words, but many of his targets aren't the people he should be targeting. It's just too easy to sit in an editing room and edit in sounds of screaming suicide bombing victims while people insist that religion is peaceful. He is painting with an unnecessarily large brush that all religious people are in the same company as murderous fundamentalists, which just isn't the case. Such tactics are low and dirty and do not belong in solid intellectual discourse. Maher may be the new provocateur of nontheists, but I worry that he may be giving just as wrong an impression of people like me as the people he interviews do of people of faith. "Why can't we all just get along?" he asks at one point.

Maybe he should have turned that question back on himself.