Another un-extraordinary week for DVD releases. This week I am giving my DVD Pick of the Week to a film I found merely passable but largely rather dull. However, it is a film well worth contemplating and discussing, and for that I recommend it.
THE CHRONICLES OF NARNIA: PRINCE CASPIAN (**½) 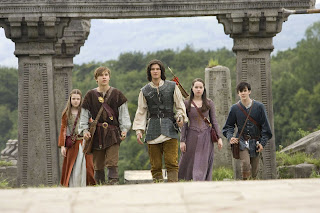 Ultimately, "Prince Caspian" manages to entertain in places, and features some spectacular battle scenes (which occasionally feel too derivative of the original), that are actually pretty intense for a PG-rated film. It certainly looks and sounds good, but it's fatally overlong and lacks the great story that made "The Lion, the Witch, and the Wardrobe" so much fun. It replaces wonder with action and straightforward allegory with muddled theological apologetics that leave much to be desired. I would admire a children's movie with the guts to explore deeper issues in a complex way, but here it is more alienating than enlightening. 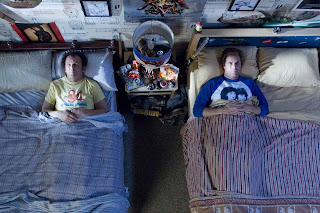 The premise is admittedly funny, and it works to some degree. But ultimately, "Step Brothers" is a one-joke comedy that wears pretty thin after a while. It sets up its premise and then runs it into the ground. I can't help but feel that it would have made a better "Saturday Night Live" skit than a feature-length film. The entire thing is coasting on the goofy mugging of Ferrell and Reilly, which would be far more tolerable in short form than long. 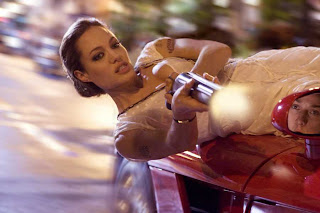 I loved its balls-to-the-wall aesthetic and rebellious spirit. It comes blazing out of the gate flashing the middle finger on both hands, almost daring anyone to hate it. Which is something I don't see how anyone can do. We're not dealing with great filmmaking here (music is a different story though, Danny Elfman's Russian/rock flavored score is one of the best of the year, period), but that's not the point. It's a bold, raucous adrenaline shot, and I left the theater with a big, goofy grin on my face, which is often all I can ask for. 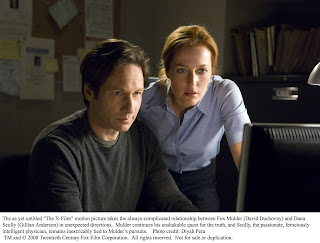 It's surprising that after so long, a show such as The X-Files, which should have a rich pool of paranormal plot possibilities to pull from, can only come up with a relatively straightforward story of a possible psychic detective to hinge their finale on. The result is passable, but more as something you would expect to see on television than on the big screen.