"Delgo" is All Time Flop 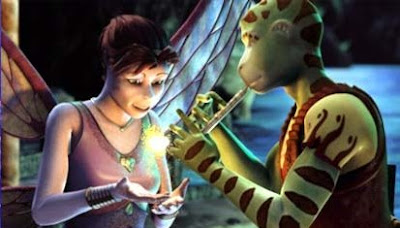 Normally I wouldn't pay much attention to something like this, but the independently produced Delgo, which starred the voices of Freddie Prinze Jr., Jennifer Love Hewitt, Val Kilmer, Malcolm McDowell, Kelly Ripa, and Anne Bancroft, opened wide on Friday and grossed a measly $511,920 in 2,160 theaters, the worst opening ever for an animated film.

It's a sad story considering the ambition of Marc Adler, who wanted to make an animated film away from the established animation behemoths. A noble cause, but it was not to be.

The film cost $40 million to produce.

J.D. said…
It was also the smallest opening for a film released in 2,000+ theaters ever.