Through a Glass Darkly

One of the things I love about being in college is the ability to catch up on classic films I have never had the chance to see. With our library's wealth of classic and obscure films (not to mention a smörgåsbord of Criterion discs) I have been able to see gems that I might not otherwise have had access to. 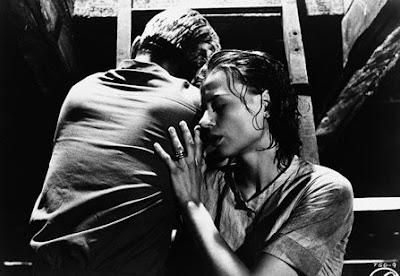 What I like most about Bergman is that he is not so much a director as he is a visual composer. He paints images like music - each frame has a lyrical beauty that is breathtaking in its own right.

There's something totally immersive, almost otherworldly about his composition. The film's haunting, ethereal nature, that is present in most of Bergman's work from The Seventh Seal to Persona, is what makes them so distinctive.