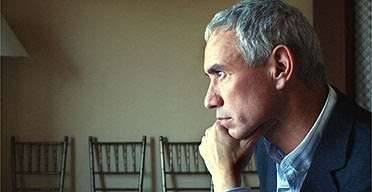 I know there's a place in this world for brainless popcorn entertainment. But I've never understood how directors like Emmerich, Michael Bay, and the rest of their ilk can be so proud of making such inane, soulless films.

They're popular yes, but at what cost? They've sold their souls to the devil and reaped untold riches for it. But in turn they make films that neither enrich the emotions or the mind and instead pander to the lowest common denominator of society.

How is that ever an achievement to be proud of?
Email Post

will g said…
Come on, Independence Day trumps all alien-invasion films in my book, even Spielberg's.
8:48 AM

Matthew Lucas said…
I'll admit to loving "Independence Day" (and I agree, it trumps "War of the Worlds" any day), and "The Patriot" entertaining enough - redeemed by Mel Gibson's fantastic performance and John Williams' stirring score - even if the villain was a cartoon character. "The Day After Tomorrow," however, was a complete joke. I gate it 2 1/2 stars at the time out of sheer principle (oh to be young and naive again) but it is the height of silliness and pretty much agonizing to sit through for any thinking person.

Matthew Lucas said…
And how could I forget "Godzilla?"