"I am a believer in Joy Division, fuckin' hallelujah!"

In honor of its DVD release today, I wanted to give a little attention to Anton Corbijn's criminally underseen Control. 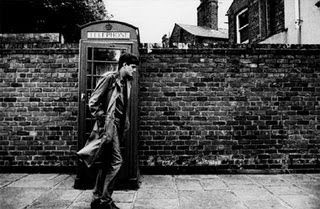 I am as guilty as anyone for not championing this film earlier. Since it did not make it to my area until late in its theatrical run, I gave it very little coverage until quietly adding it to the Honorable Mention category of my 2007 Best Of List, and giving it a grade in the right-hand column of my blog. No review, no blurb, nothing.

That's a shame, because Control, the biopic of Ian Curtis, the ill-fated frontman of the 70s New Wave band Joy Division, is a fantastic film. 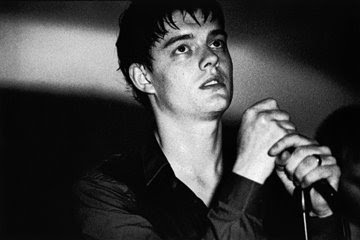 Sam Reilly is a revelation as Curtis, and Corbijn, a director of music videos, grabs the audience from the first frame, in no small part thanks to the gorgeous black and white cinematography of Martin Ruhe.

The camera-work gives a shot-on-the-fly feel that makes it seem more of a document than a film. Curtis' ambition, his drive for perfection, and his singular focus ends up driving him to self-destruction, but Control manages to distinguish itself from other similarly themed musical biopics.

In fact the entire time I was watching the film I kept thinking how it looked like something Jean-Luc Godard would have made early in his career. The grainy, black and white cinematography has the same edgy beauty of Godard's Band of Outsiders (1964). 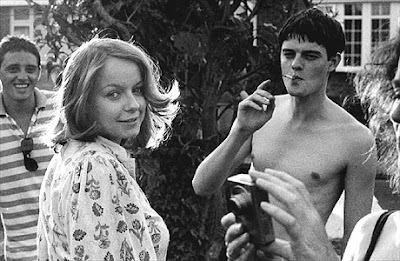 There is never a moment in the film that doesn't feel unquestionably authentic. This is partially due to the involvement of the remaining Joy Division members (now known as New Order) in making the film and composing original music to bring to life the story of their fallen band member, so searingly embodied by Reilly. Samantha Morton is also terrific as always as Curtis' long suffering wife.

The soundtrack is also very good, featuring new music by New Order and other New Wave bands such as the Buzzcocks, plus original tracks by Joy Division and a particularly good cover of "Shadowplay" by The Killers.

Reilly and Ruhe's work were both worthy of more attention than they got, as both make up some of 2007's finest work.

I was in New York when the film opened, but I was unable to get around to seeing it (the only film I had time to see was The Assassination of Jesse James by the Coward Robert Ford, and I don't regret it one bit), but I do wish I had been able to champion this small but extremely worthy film more than I did. But now that it is on DVD everyone has a chance to catch up with it, and I have the chance to atone for not supporting this movie sooner.

I am a believer in Joy Division, fuckin' hallelujah!

And you should be too.

UPDATE: Control will actually be released on DVD June 3rd.

Matthew Lucas said…
Hmm...Box Office Mojo has it listed as coming out today. But they've been wrong before. Thanks for the heads up.
4:44 PM

Anonymous said…
It has been imported from the UK into SA, so for a little bit extra in the money department, I think I will buy it this weekend. I have been dying to see this for too long man!
2:28 AM

Matthew Lucas said…
I hope you like it as much as I did Nick. It just narrowly missed appearing on my 2007 Top Ten list.

The soundtrack is also quite good...but The Killer's "Shadowplay" is a knockout...I pretty much just play that one over and over when I listen to the CD.
2:35 AM