A Day with Anthony Zerbe

I had the opportunity today to attend an acting workshop with renowned character actor Anthony Zerbe, who is probably best known for his film roles as villain Milton Krest in License to Kill, the corrupt Admiral Dourgherty in Star Trek: Insurrection, and Counselor Hamann in The Matrix Reloaded and The Matrix Revolutions. 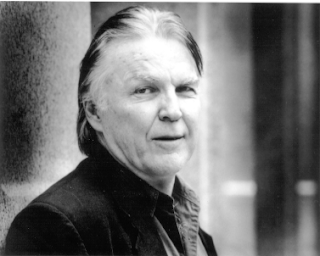 He has also appeared in Cool Hand Luke, They Call Me MISTER Tibbs, co-starred with John Wayne in Rooster Cogburn, Charlton Heston in The Omega Man, and Christopher Walken in David Cronenberg's The Dead Zone . 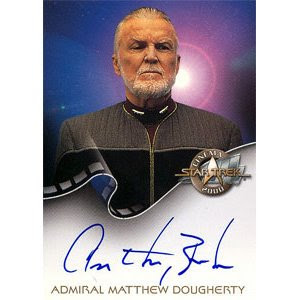 His television credits include Gunsmoke, Bonanza, Little House on the Prairie, Mission: Impossible, Dynasty, The Young Riders, Columbo, Murder She Wrote, Tales from the Crypt, Frasier, and Judging Amy, as well as countless stage credits in everything from Richard III to Cyrano de Bergerac to Othello with James Earl Jones, and often toured with the late Roscoe Lee Brown doing dramatic readings.

The workshop was supposed to last an hour and a half, but ended up lasting nearly three hours, and it was worth every minute. Zerbe is a fascinating man with lots of experience and insight. It was great listening to him talk about his love for Cormac McCarthy's novels and his friendship with Josh Brolin, and how Brolin called him up after landing the part of Llywellen in No Country for Old Men and left a message on his answering machine, causing Zerbe to talk excitedly to a recorded message. He promised to tell Brolin about our group's admiration for him.

He shared some great stories of his experiences in film - of his first take on the set of Mission: Impossible to the first read-through of Star Trek: Insurrection, in which he mispronounced Data's name. He also spoke of his work on The Matrix and made some very funny observations about Keanu Reeves. 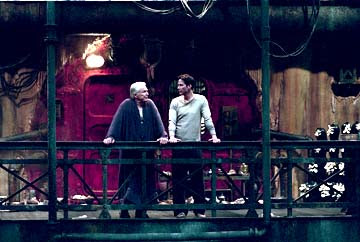 He took the time to speak to each one of us, and was very interactive throughout his lecture. When he got to me he reached over and hit me on the knee and said "I've been neglecting you all morning!" to which I replied "it's OK, I've just enjoyed listening." And he said "Well good, I just wanted you to know I noticed." Then we proceeded to talk about my favorite playwright, Tony Kushner.

Later, I had the privilege of attending a performance of his one man show, It's All Done With Mirrors, a performance of the works of poet e.e. cummings, his first performance since the death of his partner Roscoe Lee Brown. Afterward he stayed to talk with the audience from the stage, and acknowleged people from the audience he knew, then later noticed me and stopped and exclaimed "Hey man! I've neglected you again! Goddamn it!" So I waved and he went on. It was great.

My friend and I stayed with one of our professors after everyone left and were the last ones in the theater standing around talking with him (being a Trekkie, I got to talk with him about Star Trek for a bit). It was an amazing experience being so close to such knowledge and experience from such an incredibly funny, kind, and gracious man. It's especially disarming considering the villainous characters he usually plays. His insight into the craft of acting is immeasurable, and it is an experience I will treasure always.
Email Post

Anonymous said…
He's a great actor.
Did he ever talk about Kiss Meets The Phantom Of The Park?
He was The Phantom.

Hey, just noticed.
Did you really give In The Valley Of Elah
4 stars? Wow.
Out of 4 stars?
Perfect, eh?

Matthew Lucas said…
No he didn't mention than one. He didn't really talk about specific shows or films he was in unless we asked him, he focused on craft and technique.