The Six Years That Changed Hollywood 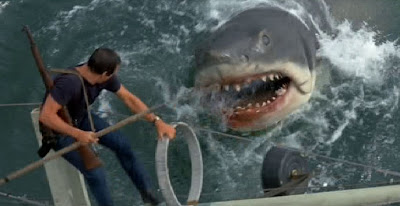 It may as well be the films that changed Hollywood, as the article singles out The Jazz Singer, The 400 Blows, Bonnie & Clyde, Jaws, and Pulp Fiction. 1947 is the only year not built around a specific film, as it goes back and forth between the entire film noir genre, It's a Wonderful Life, and Bicycle Thieves. THAT would make an interesting film festival...

But from the looks of that list we're due for another movie changing year. 20 years from now, will 2007 be looked upon as one of those cinematic turning points? Or will it be regarding more like 1939 - as a great year for films in general but not one with any earth-shattering new trends?

2007 may be eventually viewed as the year when the Oscars and the mainstream finally split - the big studios focusing on more populist, blockbuster fare, while their specialty division focuses on winning awards - each catering to a separate audience. 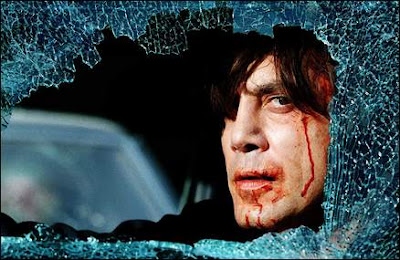 It has yet to be seen what kind of impact this will have on our movie going experience, if any. But it feels as if we have crossed some kind of threshold that we can't go back through. The victory of No Country for Old Men at the Academy Awards speaks volumes about the changing tastes of the Academy and the direction that the awards are going - with all four acting awards going to non-Americans and only $100 million grossing film to win a top award was Juno - which was released by Fox Searchlight.

Something does feel different doesn't it? It is a definite step forward for the Academy, as it chose quality over popularity probably more so than it ever has. The problem is not with the Academy of course, but with the public, which seems to be allergic to quality as a general rule. But with this new trend toward specialty divisions (which has been going on for years, but became especially relevant last year), I can't help but wonder if the films like No Country for Old Men and There Will Be Blood will be able to reach anything other than a specialty audience.

If the Oscar television ratings continue to go down, will the Oscars be relegated to cable TV? Will the nominations be cut down? Will an Oscar nomination carry the same weight that it once did?

These are unanswerable questions at this point, and this all may seem like purposeless hand-wringing. But in many ways 2007 feels like the dawn of a new era - and while the future for quality filmmaking looks bright, I can't help but wonder if it comes with a price.