Cheryl Dunye's The Watermelon Woman is a fascinating piece of queer cinema history, the first film ever directed by an openly gay black woman, and a truly intersectional work that memorably explores themes of race, gender, and sexuality. 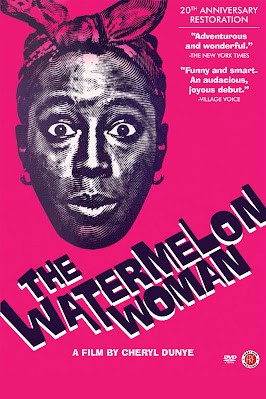 It's a semi-autobiographical tale (starring, written, and directed by Dunye herself) of a lesbian video store clerk and aspiring filmmaker who falls in love with a customer while making a documentary about a black actress from the 1930s known only as "the watermelon woman" because of stereotypical "mammy" roles she typically played. But as Cheryl dives deeper into her life, she discovers a much more complex artist whose life defied the stereotypes she embodied on screen, and who was in a longterm same-sex relationship with the woman who directed many of her films.

While there is no such person as the Watermelon Woman, Dunye sought to create her own queer black Hollywood history where none existed. In many ways, The Watermelon Woman is a defiant act of not just creating one's own history where actual history has been overlooked or even erased, it's a deeply personal work of yearning for kinship across time and space. Dunye grapples with ideas of identity, through interracial relationships, queer friendships, and black sisterhood, and the sometimes messy and beautiful ways those identities intersect and define who she is. It's an era-defining work, and an oft-overlooked queer cultural touchstone that feels somehow warmhearted and urgent - as confident and assured an artistic statement as any directorial debut you're likely to find.
Email Post
Labels: pride