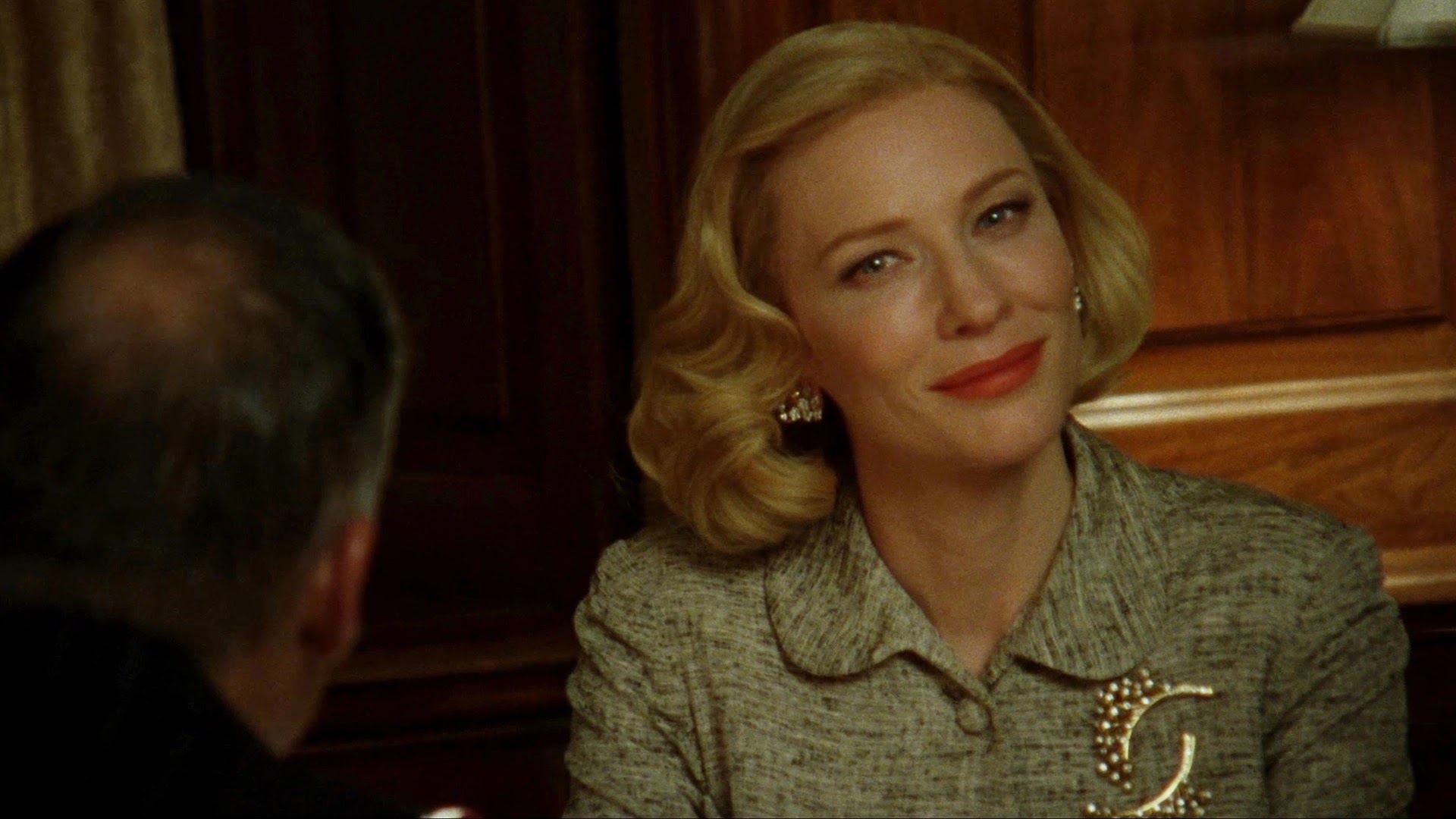 It's hard to do justice to the exquisite longing that courses through the veins of Todd Haynes' Carol. Haynes makes films that must be felt on a gut level, the kinds of films that causes chills that start in your very core and radiate out to the tips of your fingers. 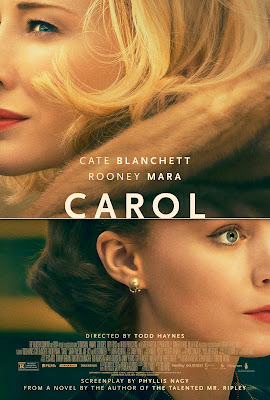 As he did in Far From Heaven Haynes takes the staid structures of the 1950s "women's pictures" and explores the unspoken emotional truths coursing beneath the surface. While Haynes isn't recreating the work of Douglas Sirk here, that same DNA runs deep in Carol, as he explores the forbidden Eisenhower-era romance between an upper middle class housewife (Cate Blanchett) and a younger shop clerk (Rooney Mara).
Like those "women's pictures" that were so popular in the 1950s, Haynes' films are often filled with surface pleasures - immaculate period design, a haunting, Philip Glass-like score by Carter Burwell, but like Sirk before him, Haynes always takes it one step further, examining the deeper emotions emotions beneath the seemingly flawless veneer. Blanchett and Mara are both absolute perfection, channeling the deep, repressed emotion of two women whose true feelings can't be adequately expressed in the language of the time. It's a beautiful film, but more than that, it's a deeply powerful one. Haynes so expertly subverts the formulas in which he dabbles, using them to his advantage to tell a story that runs beneath the surfaces he creates. You don't just watch his films, you feel them on a completely different level. He says so much in the longing glances, the subtle gestures, each contained within an impeccably composed frame. Carol is a sublime love story, one that brims with the fiery passion of first love bulging at the seams of its societal prison. It is a major work by a major filmmaker, working at a level of narrative grace and elegance that is almost unmatched in contemporary cinema. In short - Carol is a masterpiece.
Email Post
Labels: pride