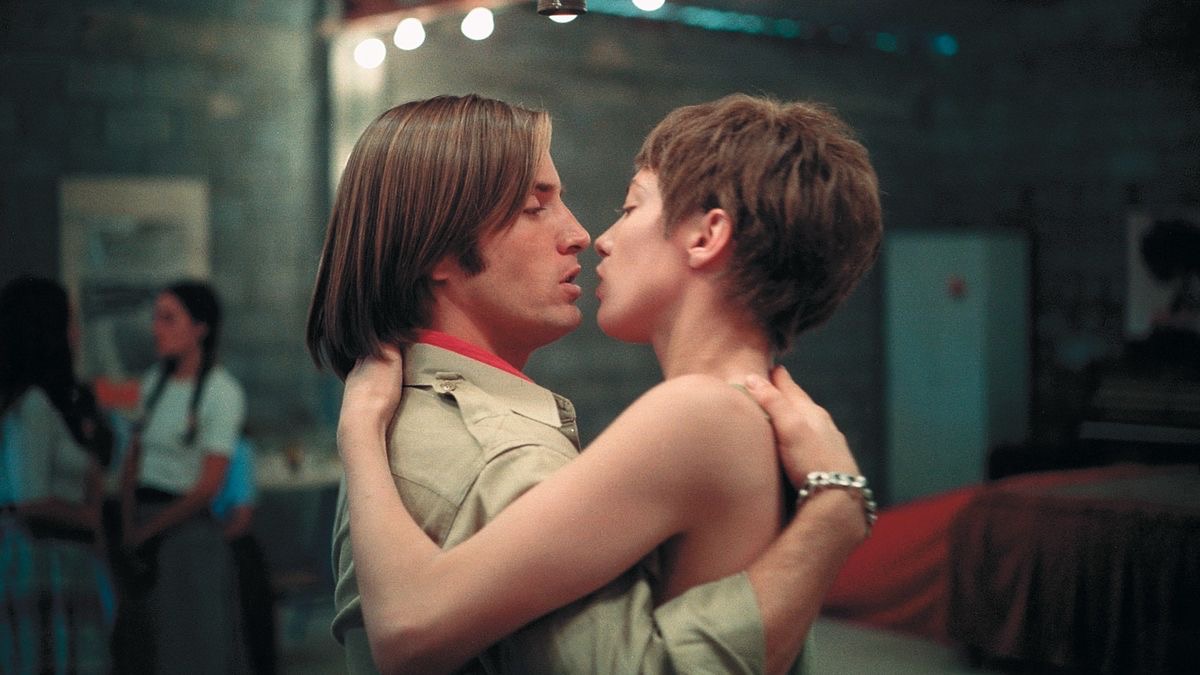 Looking back on cinema's great romances - Gone with the Wind, Dr. Zhivago, Sunrise: A Song of Two Humans, Brief Encounter, you'll be hard-pressed to find one as uniquely tragic as Serge Gainsbourg's unconventional and completely uncompromising Je t'aime moi non plus (1976). 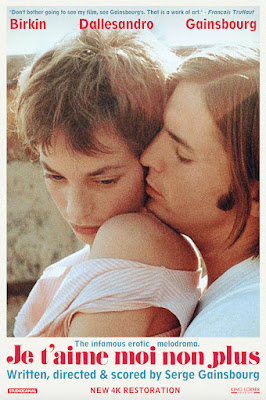 Its romantic leads are gay truck driver, Krassky (Joe Dallesandro), and tomboyish truck stop waitress, Johnny (Jane Birkin), whose chance encounter leads to an unusual and unexpected romance that defies gender and sexuality, even as it arouses the jealousy of Krassky's partner, Padovan (Hugues Quester). At the initial meeting, Krassky mistakes Johnny's slight, tank top-clad frame for a man's, but is taken aback when he discovers that she is, in fact, a woman. Yet he can't help but be drawn to her boyish masculinity, and the two embark on something that is at once new and frightening for them both, as Krassky finds himself unable to perform sexually unless he takes Johnny from behind, a source of both frustration and comedy-by-repetition.
What makes the film so remarkably ahead of its time is the way it critiques the very idea of gender and deconstructs sexuality into something thoroughly modern and forward thinking. In Gainsbourg's sweltering, deeply horny vision, sexuality and gender are fluid, and the attraction between Krassky and Johnny transcends both. The film manipulates the stereotypical social signals of gender - she has short hair, he has long hair - in often subtle ways, undercutting masculine/feminine iconography in order to create its own language. It's as if Gainsbourg is exploring the very idea of sexuality - what it means to feel attraction and lust for another human being, to connect on a level beyond sex, and he does it in a consistently electrifying loose, hangdog style that emphasizes the carefree nature of their existence. It's one of the great unheralded cinematic romances of all time - a love story like no other that deserves a place in the canon of all-time classics.
Email Post
Labels: pride