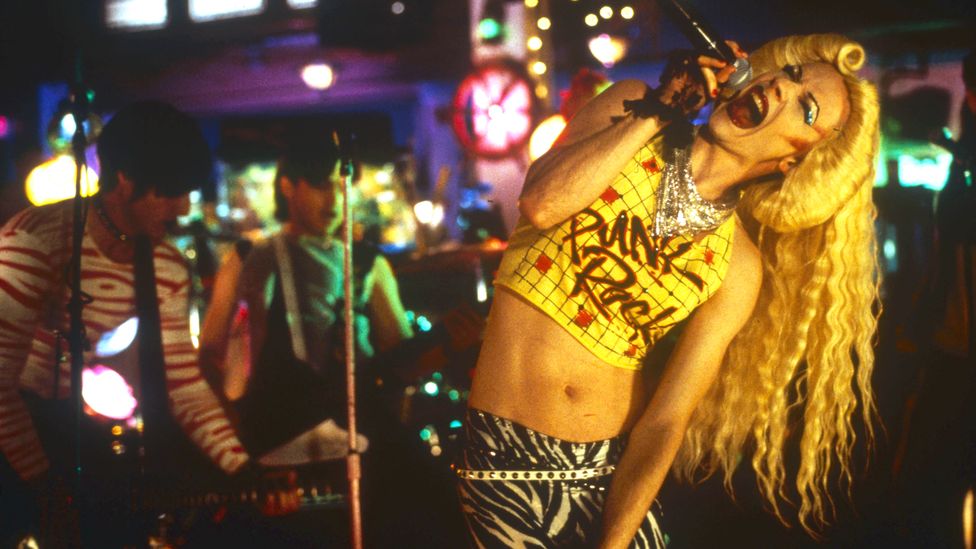 It's almost incredible watching John Cameron Mitchell's scorching debut film, Hedwig and the Angry Inch, in 2019. How could something that still feels so prescient, transgressive, and forward-thinking be nearly 20 years old? Even by modern standards, this modern classic of queer cinema feels at once subversive and progressive, offering a bold vision of gender fluidity and identity that paints a much more complex portrait of masculinity and femininity than we are often given on Twitter. 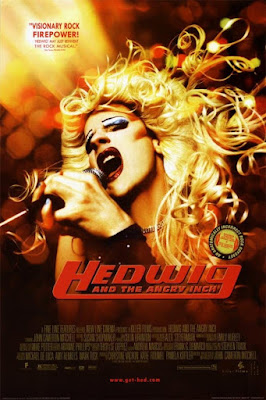 That's because Hedwig (Mitchell), the victim of a botched back-alley gender-reassignment surgery in East Germany (undergone at the behest of an American GI who discovers that he can only marry young Hansel and take him back to America if he's a woman), is neither full transgender or cisgender. True, she undergoes gender-reassignment, but since she didn't really want it, can she truly be called trans? Or is she in reality a cisgender gay man? Hedwig is unclassifiable, and that's what makes her so emblematic of the core of human sexuality - it's impossible to put Hedwig in a box.

That may be seen as a problematic liability in 2019, at a time when defining ourselves is an essential component for demanding recognition and rights. Hedwig defies classification, a bold, brassy example of gender fuckery that can't quite be defined. Yet Hedwig and the Angry Inch, a rock musical co-written by Mitchell and Stephen Trask, seeks to break down those barriers and explore the spaces between classical definitions of male and female. If gender truly is a social construct, then Hedwig seeks to tear it all down, dismantling the very concept of gender into a bold new queer frontier where anyone can be whatever they want to be. The definition of Hedwig lies both in the eye of the beholder, belonging simultaneously to gay, trans, and genderqueer audiences as one of their own, but she also exists for those who aren't sure what they are or where they fit in. She defies even the classifications from within the queer community, making her perhaps one of the most uniquely queer figures in popular culture.

It began as on off-broadway underground musical in 1998 before getting the big screen treatment in 2001, and Mitchell deftly avoids many of the pitfalls that often befall stage musicals adapted to the screen. It's a flashback heavy film, using Hedwig's tour of a series of low-rent seafood joints in pursuit of her one-time lover turned teen idol rock star who absconded with all her songs as a device to explore her backstory. Yet the songs never feel like we're ponderously spinning our wheels in perpetual exposition, because the songs ARE her story, and not only are they explaining how we got here, they're laying out the film's gender fluid thesis.

This is a film about discovering oneself in the margins of society's rigid gender definitions - a theme it hits on in its poignant centerpiece number, "Origin of Love," early on, before exploring themes of alienation and heartbreak in ways that are both tender and deeply funny. It's camp, drag, and melodrama all rolled into a one, a genderqueer fantasia that brazenly breaks down the holy silos of the masculine and the feminine and relishes in the ambiguity between. And while it remains an important component of the modern LGBT rights movement to be able to find a sense of belonging that can be named and defined, Hedwig and the Angry Inch bravely imagines a world where those barriers are broken and we are free to explore the in-betweenness of things, tapping into the inherent masculinity and femininity inside us all. That it can simultaneously tap into so many aspects of queerness makes it a work of art that is still to this day a film ahead of its time.