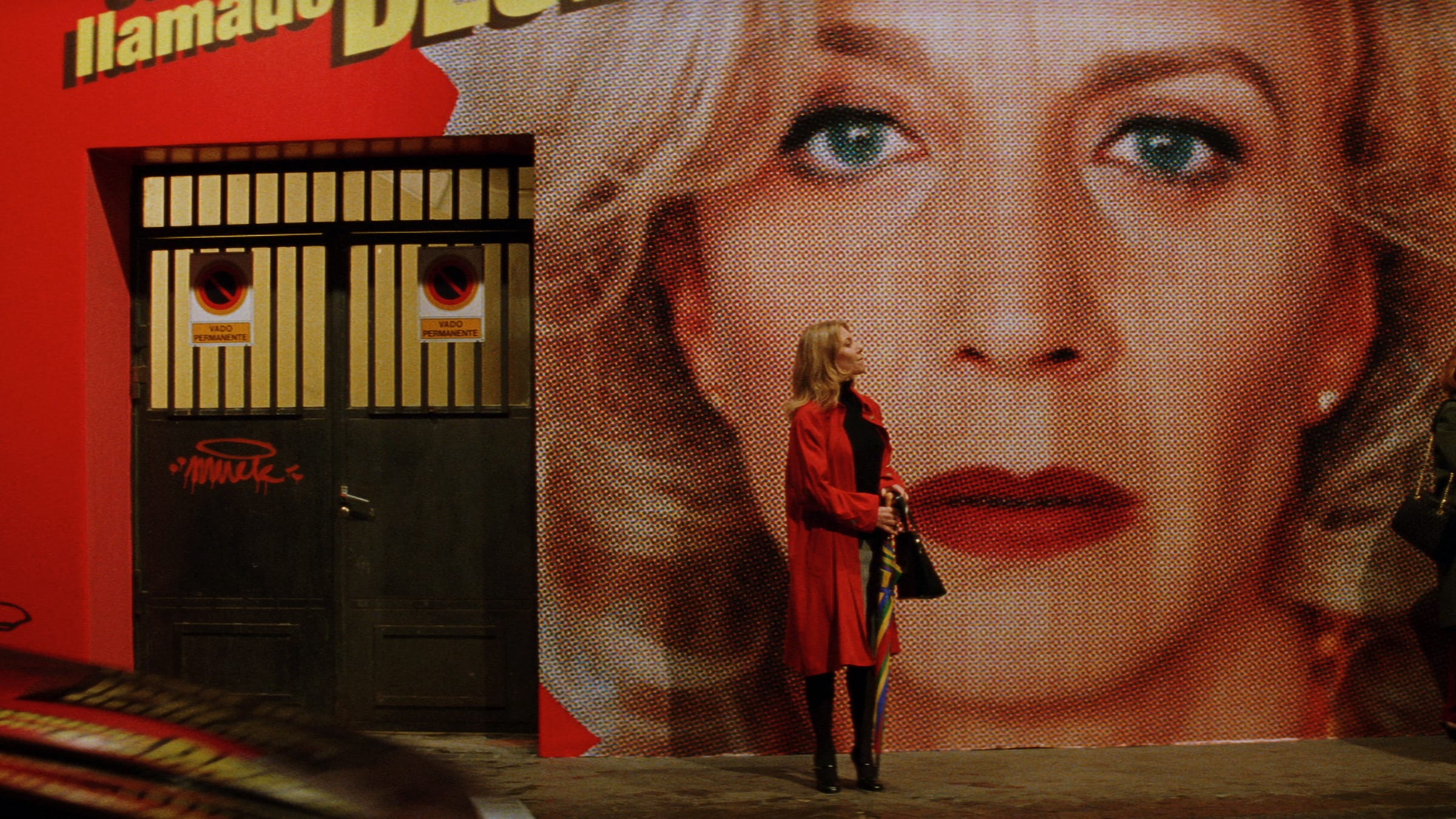 After her son, Esteban (Eloy Azorín), is tragically killed in an accident while trying to get the autograph of one of his favorite actresses, Manuela (Cecilia Roth), heads to Barcelona to start a new life. 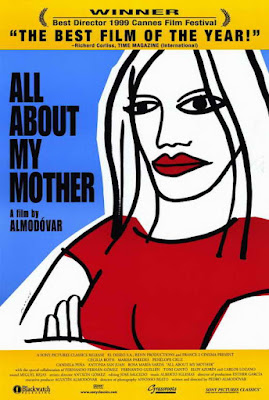 Once there, she becomes a kind of surrogate mother to a motley band of misfits - a pregnant nun with HIV, a transgender sex worker, and lesbian actress Huma (Marisa Paredes), whose co-dependent relationship with her drug-addicted girlfriend, Nina (Candela Peña), leaves her looking for direction and stability. It is here where Manuela grows closer to her son than ever, recapturing the spirit of what it means to be a mother, and coming to terms with her own inner trauma.

It is Huma's face that we see emblazoned on a mural, her red lipstick stark against her pale face, Manuela dwarfed and illuminated by her Technicolor grandiosity in a similarly striking red coat. That image has come to define the film in many ways - first of all in Almodóvar's trademark oversaturated Technicolor brilliance and second for its singular sense of melodramatic melancholy. All About My Mother is a melodrama, make no mistake, rooted in classical Hollywood and steeped in references to films such as All About Eve and A Streetcar Named Desire. It's the fantasy of a young boy growing up queer, surrounded by powerful women of all stripes and raised on a diet of Bette Davis and Joan Crawford. And yet, for all the film's purple prose and soap opera dramatics, Almodóvar never loses sight of his characters' simple humanity. It's also a spiritual sequel of sorts to Women on the Verge of a Nervous Breakdown, but here Almodóvar's exploration of friendships between women feels more complete, more real - less a caricature and more deeply felt - a film of longing for a lost childhood by a filmmaker honoring the women who made him who he is, and a thing of great and tremulous beauty.
Email Post
Labels: pride