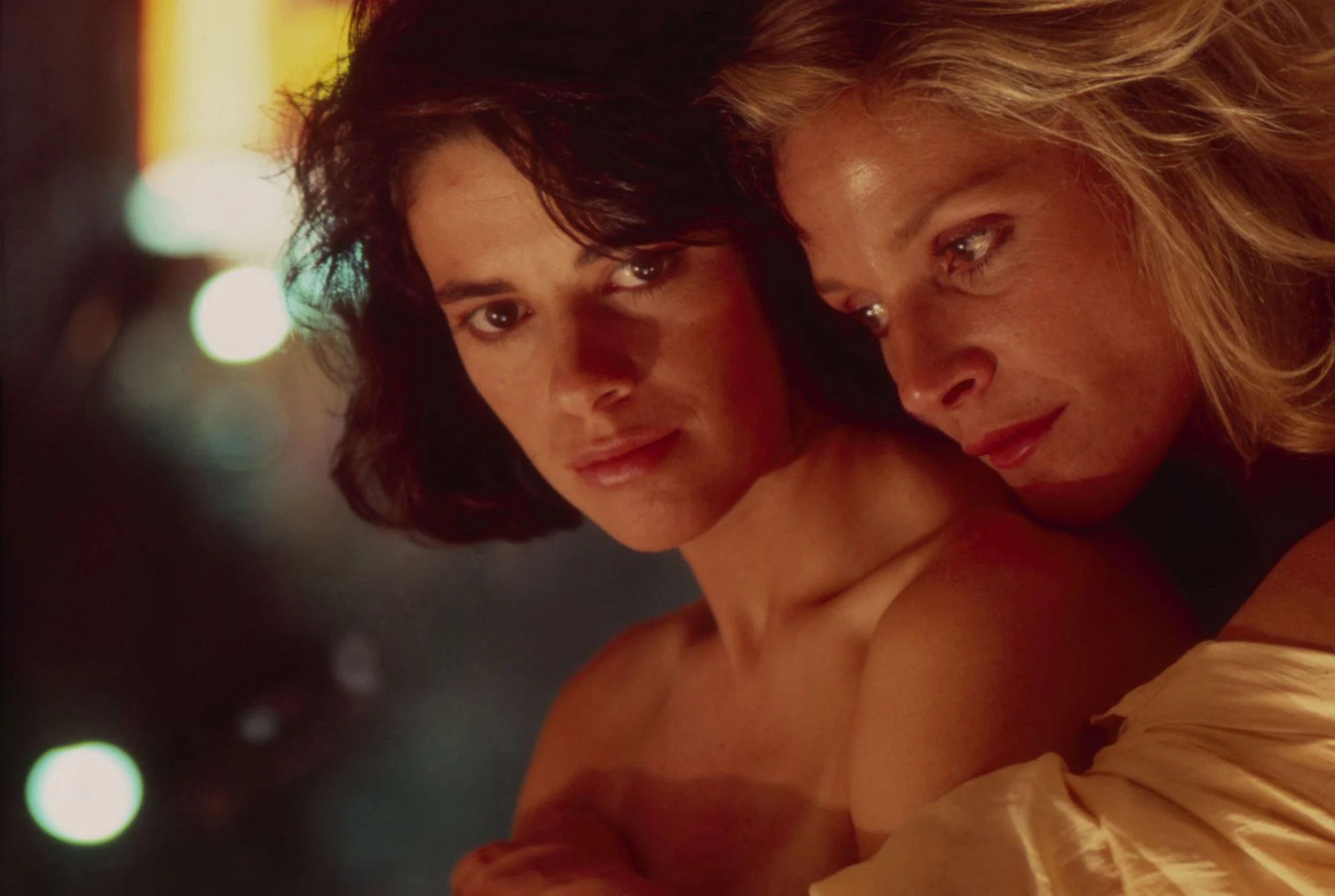 Donna Deitch's beguiling romance feels like something of an anomaly, especially for 1985. A decidedly queer romance that doesn't end in tragedy, but on a tentative note of hope, an ellipsis of possibility that puts a lovely button on this delicate tale of friendship and love between two women in the 1950s. 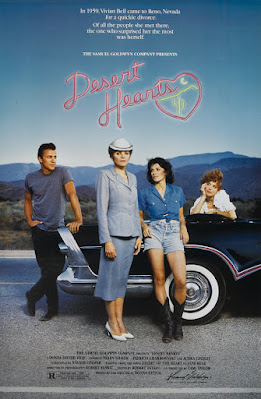 Here we are introduced to Vivian Bell (Helen Shaver), a prim college professor who has traveled to Reno to procure a divorce frothier husband. There she meets Cay Rivers (Patricia Charbonneau), a dancer 10 years her junior, whose lesbian tendencies have made her something of a pariah in the community. Cay is instantly drawn to Vivian, who is hoping to find herself and start anew in the windswept Nevada desert, and the two form a tentative friendship that soon begins to blossom into something deeper.

Desert Hearts is awash in 1950s imagery and music, Elvis and Patsy Cline adorn the film's wistful soundtrack, carrying us away into a decidedly unexpected romance in the most unlikely of places. In Deitch's steady hands, the film avoids male gaze tropes to create something uncommonly tender and real, a tale of awakening and self discovery that is nearly impossible to shake.