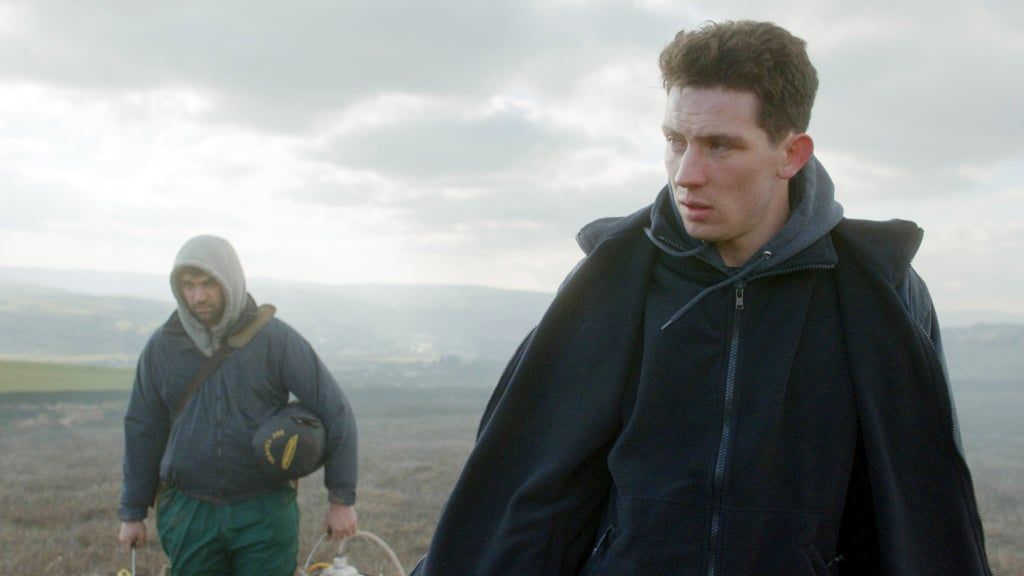 The lonely landscape of the English countryside provides the backdrop for God's Own Country, the directorial debut of British actor, Francis Lee. It also becomes the catalyst for a budding relationship between two men; Johnny (Josh O'Connor) an inarticulate farmer predisposed to anonymous, casual sex, and Gheorghe (Alec Secareanu) a Romanian immigrant hired by Johnny's father facing prejudice and mistrust. At first, the two seem natural enemies. Johnny is withdrawn, rebellious, and suspicious of any outsiders. He would much rather have a quick encounter in a bathroom than carry on a conversation with a partner. Gheorghe is much more settled in who he is. He's more assertive, having faced many hardships in the past, and refuses to tolerate Johnny's casual racism.
Alone on the moors with their sheep, what begins as horseplay quickly turns sexual as carnal instincts take hold. Yet Gheorghe refuses to consent to Johnny's brand of quick and meaningless sex. Instead, he introduces him to intimacy, in the process teaching Johnny that there is more to love that just carnal pleasures. The two quickly become something Johnny never expected, but overcoming his old ways may prove impossible.
Lee has made an astonishing debut behind the camera. It is a love story of rare power and depth, whose effects are felt not through words the characters say but through the words they don't. There's a raw, hangdog charm about it, scrappy and agreeably rough around the edges, doggedly imperfect and all the better for it. These are simple men, farmers, salt of the earth, not given to poetry or profound insight. They're just two people falling in love, feeling something they don't quite understand and have never experienced before, and the results are both intoxicating and heartbreaking. God's Own Country is a lovely film, a heartfelt and moving exploration of the line between lust and love, where the sometimes erotic nature of masculine friendship spills over from one to the other.
Email Post
Labels: pride