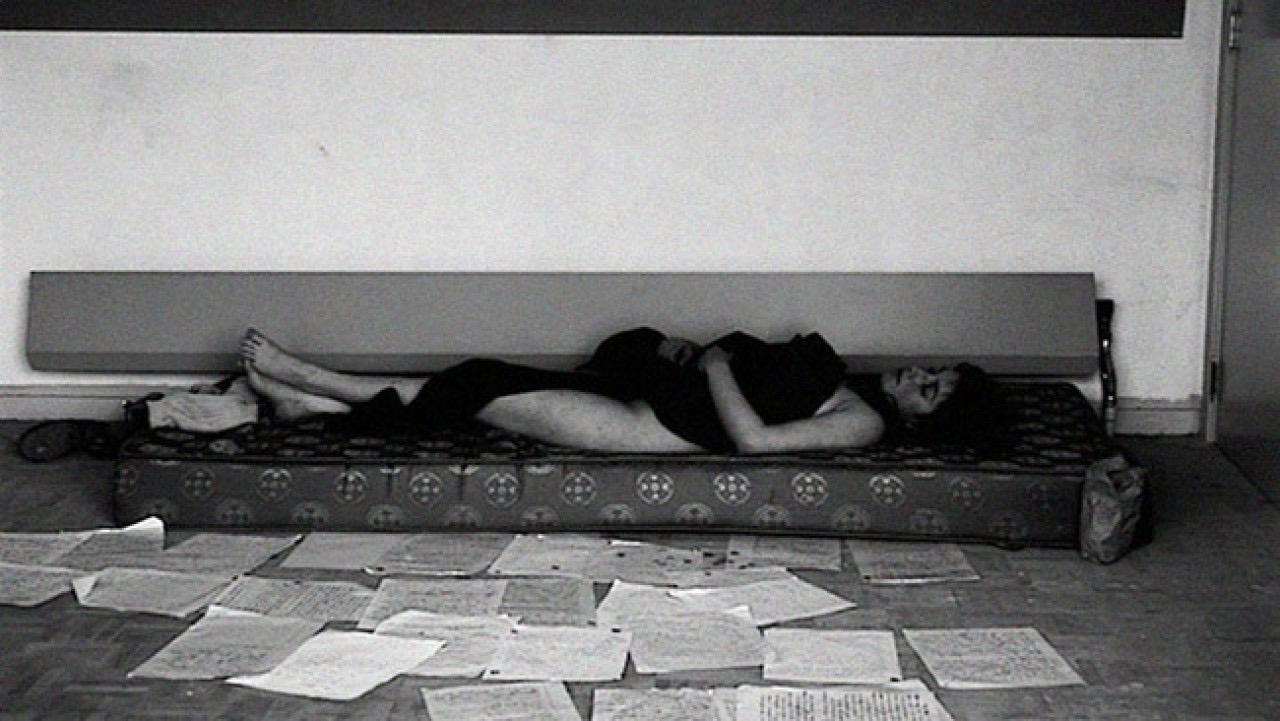 This almost seems blasphemous to mention in this context, but imagine that awful sequence in Twilight: New Moon where Bella sinks into nothingness after Edward leaves her, but stretched to feature length and actually insightful about the spiraling loneliness of a devastating breakup, and you have some idea of what Chantal Ackerman's brilliant first feature, Je, Tu, Il, Elle is like. 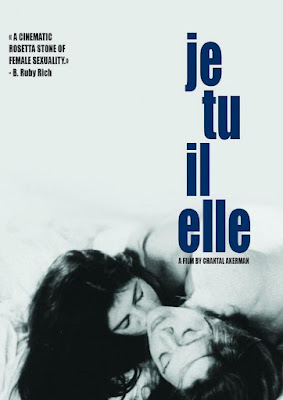 The film follows the aimless days of a woman (played by Ackerman herself) who finds herself adrift after being left by her significant other. She writes letters. She rewrites them. She sleeps. She wanders around. She eats (bagfuls of sugar). When she finally gets up the nerve to leave her apartment, she finds two sexual encounters, one with a man, one with a woman, who demonstrate two sides of the coin of physical and romantic connection, and help her find herself again.

As is typical with Ackerman's work, Je, Tu, Il, Elle (which translates to I, You, He, She) finds great meaning in mundanity, reading between the lines of seemingly innocuous moments and events to create a thrilling and deeply incisive portrait of a woman's life. The contrasts between her tryst with the truck driver and with her former girlfriend are stark, and serve to reinforce her own sexuality in frank and disarming ways, so that her final encounter hits with great emotional weight. It's a deeply personal evocation of queer humanity, grappling with both painful and banal experiences that strip it of its exoticism and examines the life of a queer woman with a keen emotional acuity.
Email Post
Labels: pride