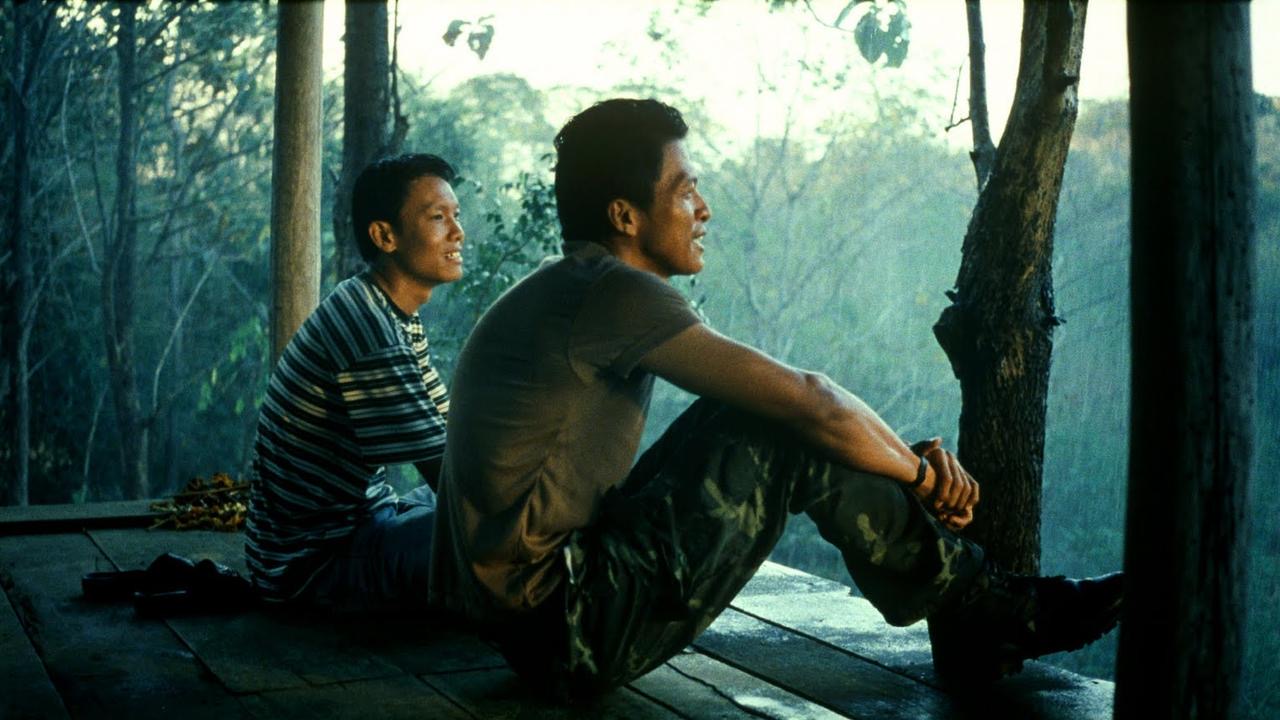 Not just the best film I will spotlight during Pride month, Apichatpong Weerasethakul’s Tropical Malady is one of the best films of the 21st century so far, a mysterious spiritual journey split into two parts, in which two young men in Thailand begin a tentative romance, followed by a journey into the unknown in which one of the men plays a game of cat and mouse with a seemingly supernatural tiger.

It is a metaphorical journey of the soul, of one young man’s journey to discovering his own identity, wrestling with his inner demons and confronting his own elusive sense of masculinity. The film unfolds like an ancient myth passed down from generation to generation, and like the best of Weerasthakul’s works, it attains a kind of metaphysical power that is difficult to describe but hard to shake.

There’s really nothing else like it in cinema. It’s a film about primal urges, identity, and the sometimes terrifying nature of self discovery. A mythical quest into the heart of the unknown that confronts head-on the sometimes overwhelming nature of love and human attraction. Tropical Malady is a masterpiece from one of my favorite contemporary filmmakers.
Email Post
Labels: Apichatpong Weerasethakul pride