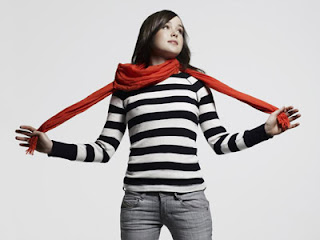 Ellen Page was just named one of the 10 Breakout Stars of 2007. I would like to know why she didn't get this kind of attention from Hard Candy two years ago - a better performance in a better film. She was good in Juno but she wasn't awards worthy, at least not when compared to last year's other standout performances. She was explosive in Hard Candy, and should have been nominated for an Oscar.

The attention was obviously enough to get her cast as Kitty in X-Men: The Last Stand, so she has already "broken out" so to speak.

The fact that she is just now being considered a breakout seems woefully behind the curve.
Email Post

Anonymous said…
I wasn't a huge Hard Candy fan, but Ellen Page was great. It's party why I was looking forward to and was so disappointed by Juno.
5:19 PM

Anonymous said…
I think she also deserved love for Hard Candy, the most provocative performance of the year, and her breakthrough performace. I still loved her honest and endearing performance in Juno, and while her performance in last years film was not better than her performance in Hard Candy, it was different and lighter, and therefore more easily accessible to most. If she wins the Oscar, I will be so happy.
6:31 AM