On "There Will Be Blood" 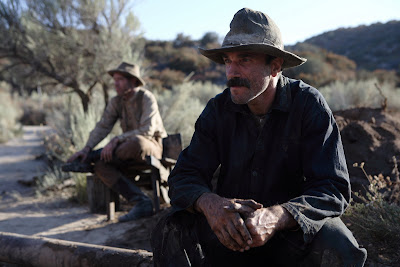 My review of There Will Be Blood was published today in The Dispatch:

Greed and corruption are without a doubt the driving forces of the film. The entire movie seems diseased with it, dripping moral decay from every frame - and Daniel Day-Lewis is its rotten heart. His performance is the stuff of legend; raw, explosive and larger than life - but also devastatingly human. This is not a movie about the death of a man but the death of his soul, eaten away by years of bitter, festering avarice. It is an intimate epic, sprawling in its themes but visceral in its focus.

Anderson draws us in from the first frame with one of the most astonishing opening sequences in recent memory - 20 minutes go by totally dialogue-free, and they are 20 of the most gripping minutes of cinema this year. Anderson knows how to enthrall us, and at times he seems to be channeling the spirit of the great Stanley Kubrick - letting the stark images and Jonny Greenwood's ingenious score take over where words are not necessary. Greenwood's music is sparse and dissonant, but it's also a work of mad genius - a brilliant, avant-garde work of art that seems to emanate directly from the film's rotten core.

The same could be said of the film itself - which is a masterpiece of monumental power, a landmark achievement in a landmark year for cinema. This is the kind of bold, daring artistic achievement that goes on to one day be regarded as a classic.

The film opens locally tomorrow at the Carousel Luxury Cinemas in Greensboro, and the Ballantyne Village Theatre in Charlotte.
Email Post