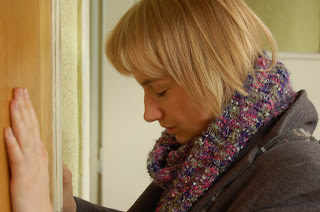 From The Village Voice:

Juno's knocked-up 15-year-old is at once provocatively precocious and primly pre-sexual. Her pregnancy is a miracle of bad luck—she simultaneously loses her virginity and conceives a baby. It's all but immaculate. Perhaps because, in this case, the preg protag is legally a child, Juno (unlike Knocked Up) is mature enough to employ the word "abortion." Still, disgusted by the yucky receptionist at her local women's clinic, Juno decides to have her baby. Not to worry: It won't be for keeps. She will donate the infant to a deserving careerwoman with a deadbeat husband and a stopped biological clock.

Even more than Juno's understanding father and benign stepmom, this act of charity is the movie's essential fantasy. It scarcely seems coincidental that Juno was released in time for Christmas. Pivot its scenario 90 degrees to the right and you have a more spiritual version of Knocked Up. People love clever little Juno because she isn't really a teenager, let alone a person. Juno is an angel.

The protagonists of 4 Months, by contrast, are recognizably human. Otilia and Gabita are not slangy wiseacres. They are messy, sometimes foolish, often naive, and increasingly desperate, but they are never unsympathetic—not even the whimpering Gabita. Their trouble is all too real, and there are moments—most powerfully when the true awfulness of the abortionist Mr. Bebe begins to dawn upon them—that they resemble wide-eyed children, at once vulnerable and resilient. And they have neither script, nor religion, nor a patriarchal order to help them.

Great review. I disagree with Mr. Hoberman's assessment of Waitress, as I think it succeeds everywhere that Juno fails, a film under whose self-conscious hipster facade I failed to detect a beating heart. But his take on 4 Months, 3 Weeks, and 2 Days is dead-on. Waitress was sweet and clever without ever really trying...Juno just bashes us over the head with a skillet (of the home variety?) screaming I'M COOL! I'M QUIRKY! LOVE ME! as it becomes increasingly ingratiating and improbable.

By contrast, 4 Months, 3 Weeks, and 2 Days, while not a comedy of course, meets the consequences of unwanted pregnancy head-on, a subject that Juno blithely ignores, because who could have any problems when they're clever enough to come up with witty classics like "honest to blog?" I wonder how long Diablo Cody took to come up with that brilliant line.

There are no consequences to Juno's actions because she is simply too cool for that, a post-modern hipster who solves all problems with a witty non-sequitor. It takes the easy way out where 4 Months refuses to do so. 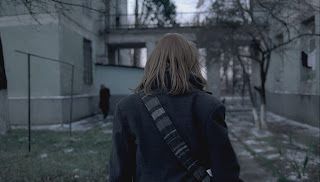 It may seem folly to even try to compare the two, they are vastly different films with vastly different goals, but they are invariably connected by common themes. One is a brilliant film, the other a mediocre comedy that thinks it's more clever than it really is.