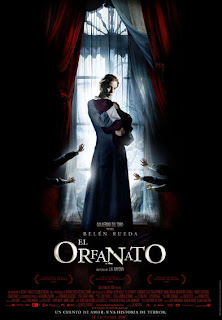 Now, enter the Spanish, with first time feature director J.A. Bayona's The Orphanage (El Orfanato), an elegantly crafted haunted house drama that is minute for minute scarier and more unnerving than anything Eli Roth or the makers of Saw have ever dreamed of creating.

Set in the countryside of modern day Spain, The Orphanage follows a woman who moves her family to the orphanage of her childhood, hoping to refurbish it into a home where she can raise her own family of adopted children.

But once they move in, strange things start happening...sinister things. And it gradually becomes apparent that her son Simón's ever-present imaginary friends may not be so imaginary after all. 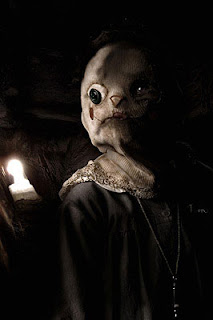 It's a classic ghost story formula, but it is remarkably well crafted by Bayona. The film has a structure and tone similar to Spanish director Alejandro Amenabar's The Others, and with director Guillermo Del Toro given an executive producer credit, the film shares his macabre sensibilities.

The Orphanage is the kind of movie that makes the hair on the back of your neck stand straight up. Bayona showcases remarkable skill at building suspense, and he also knows that in order for a film to be truly scary, you need more than blood, gore, and jump moments - you need an emotional hook. And he provides one in the form of Belén Rueda in the lead. She is a marvel of desperation and slow deterioration as the weight of her plight begins to take its toll on her.

Unlike many films of this genre in the post-Sixth Sense world, The Orphanage doesn't try to hit us when any 11th hour twists or turnarounds that pander to the audience...but still manages to surprise and shock anyway. It's a truly unnerving work, a creepy and atmospheric mood piece that relies more on slow, agonizing buildups and an overall aura of haunting dread than the usual cheap tricks of its genre. It is also beautifully designed (I especially loved the Tim Burton-eque main title sequence), with sumptuous production design by Josep Rosell, and a sublimely eerie score by Fernando Velázquez. 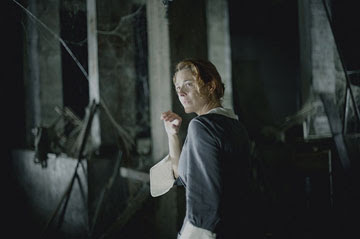 The Orphanage is Spain's official submission for the 2007 Academy Award for Best Foreign Language Film. And while I don't think it's quite that good (there are a few holes and gaps here and there...easily forgiven by the overall quality), it's still the best of its kind since The Others, a tense and effective ghostly thriller that is truly chilling. It is a wonderfully old fashioned haunted house yarn with some genuine scares - the kind of which I thought they had forgotten how to make.

Filmmakers take note - THIS is how horror is done.