I saw my first official 2008 release today (well...unless some studio gets off their ass and gives The Banquet the American release it deserves...but I'm not holding my breath in that department), David E. Talbert's Ice Cube vehicle, First Sunday. 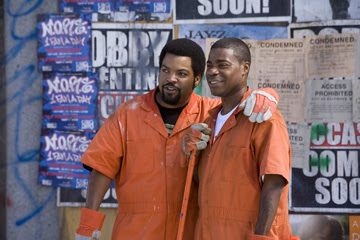 I'm not going to really bother giving this film a full review because A) it doesn't really deserve my time and B) January is usually the time of year spent focused on the high quality films released late the year before.

I generally like Ice Cube, even if his taste in film projects is atrocious (I have seen few worse travesties to the art of film and family entertainment than Are We There Yet?), but I find him to be an appealing screen presence, even if the only one of his movies I can actually claimed to have liked is Barbershop. However, appealing presences do not save this film, and that includes Katt Williams, whose character is the film's best asset and they don't use him nearly enough. SNL alum Tracy Morgan just grates on the nerves here. 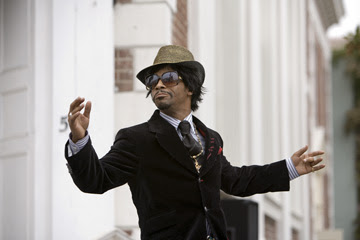 This tepid urban comedy doesn't really work on any level, not in its lame attempts at humor and not at its bland moralizing near the end - despite a surprisingly strong ensemble of reliable character actors. It's all in the lackluster direction and ho-hum writing that sinks the film, about two perpetually in trouble best friends who decide to rob a church to put an end to their financial woes, and end up getting more than they bargained for in a small group of parishioners with troubles of their own.

The interesting thing about First Sunday is that I never for a moment hated it, but it's not a good movie. It's poorly constructed and sloppily thrown together, but its heart is in the right place. It just doesn't leave any real impression on the viewer, but it is far from being the most heinous entry in Ice Cube's lamentable oeuvre. This one is headed straight for being an afternoon basic cable staple.

Anonymous said…
I saw the trailer to this film today, it looks so crap.
11:04 AM