"The Life and Death of Colonel Blimp" 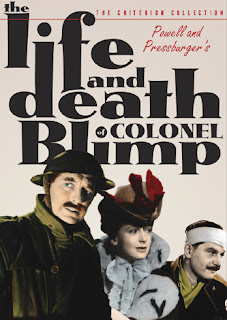 I went to my mailbox today for the first time since before I left for winter break, and what glorious package was waiting for me upon my return than Criterion's beautiful DVD edition of one of my favorite films, Michael Powell and Emeric Pressburger's 1943 masterpiece, The Life and Death of Colonel Blimp.

I had ordered it ages ago, but the Amazon seller was painfully slow and non-responsive to my e-mail inquiries. But I got it, and that's the important thing.

There are few filmmakers I revere above Powell and Pressburger - together the men made some of the most visually breathtaking films ever made. I still believe that The Red Shoes is the most gorgeous Technicolor film ever made, and that Black Narcissus may be the most exquisitely lit of all time (the climax is particularly stunning). 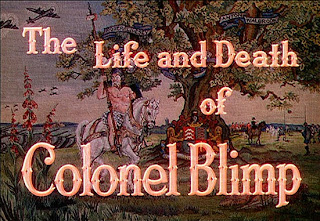 But Colonel Blimp may just be their most personal work. It is a deeply intimate epic that spans decades in the life of a career British soldier, from the Boer War as a young footsoldier, to a salty general in WWII who finds himself increasingly obsolete and out to pasture in a world where honor is lost and warfare has taken on a life of its own that he no longer understands.

Richard Livesey gives a towering performance as Clive Candy (the title is taken from a British comic strip of the period...there is no actual Colonel Blimp in the film). I haven't seen a more deeply felt or heartbreaking portrayal of a man who wants so desperately to matter in an increasingly unfamiliar world. It also features Deborah Kerr in her first starring role as 3 separate characters. 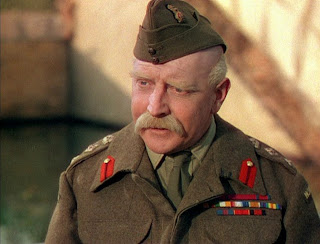 It's a grand epic about love, friendship, and sacrifice, and an old man's coming to terms with life and mortality. Powell and Pressburger are a favorite and huge influence of Martin Scorsese, who provides a commentary track on the disc with Powell.

Anonymous said…
I've only recently gotten into Powell/Pressburger thanks to much plugging by Martin Scorsese.

They really seem to belong in a category all their own. There doesn't seem to be anything else quite like them, and it's not even easy for me to compare one to another.

I've only been through the ones I've seen one time, so I think you've inspired me to have another look. So many old movies...so little time...
3:17 PM