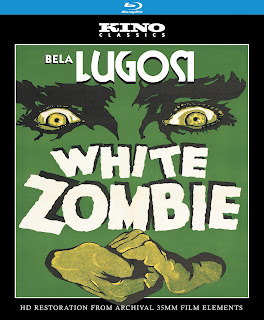 Kino Lorber's new Blu-ray release of Victor Halperin's White Zombie has been the cause of some minor controversy among cinephiles for its use of digital image correction to clean up the badly degraded print from which it was taken.

Known as digital noise reduction, or DNR, Kino has effectively erased the film grain for a smoother, sharper image, which in my opinion is what Blu-ray is all about (Kino has used the technique before, most prominently in the Buster Keaton Shorts Collection). But grain purists have been crying bloody murder over what they consider to be the white washing of the film, and this time I can actually see their point.

There are times where the film looks completely washed out, the boosting of the brightness somehow  reducing the film's chilling use of shadow. However, there are also times when the clarity of the picture is almost breathtaking. It's rare to see a film this old, especially one that is in the public domain, look so pristine. So I can see both sides of the argument here. 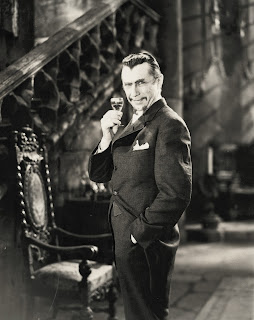 If I wanted film to look grainy, I'd watch a DVD, or a film print. But for me anyway, I want my Blu-rays to look as flawless as possible, even if it means digitally cleaning up the image and fixing scratches and blemishes (which weren't intended to be there anyway). That may be considered blasphemous by some, but for the purists, Kino also included a "raw" untouched cut of the film that, to be fair, actually preserves the film's use of lighting better than the DNR version.

All controversy aside, White Zombie is a pretty important film, cinematically speaking. It was, after all, the very first zombie film. And with zombies occupying such a prominent place in our popular culture, White Zombie occupies a very special place in film history, introducing the world to the Haitian legend that would one day take on a life of its own.

Bela Lugosi was fresh off the success of Tod Browning's Dracula when he accepted the role of Murder Legendre, a mysterious aristocrat living in Haiti who commands an army of zombies, corpses reanimated through voodoo rituals, to work as slaves on his plantation. When a young couple arrives on the island to get married, their host, Mr. Beaumont, falls madly in love with the woman, and turns to Legendre to use his magic to make her love him instead. When she ends up as a zombie, both her husband and Beaumont are distraught, and set out to rescue her from Legendre's clutches. 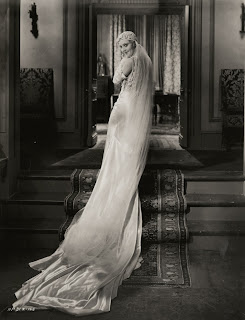 The zombies of White Zombie barely resemble the vicious flesh eaters that we know today, and rely more on magic than the diseased based mythology of the creatures today. Legendre controls them with a form of mind control (transferred, of course, through Lugosi's intense eyes), using voodoo rites to transform them into the living dead. The film itself is a bit stiff at times, a product of a time that was still trying to find its footing in the transition from silent to sound pictures. It lacks the elegance of Dracula (whose opening sequence it blatantly rips off) or the emotional weight of Frankenstein, but nevertheless manages to conjure a palpable sense of dread. The finale atop Legendre's castle is expertly edited, and remains nail-biting even by today's standards. Halperin was no artist (despite some intriguing visual motifs at work), but he knew how to entertain an audience, and White Zombie is a perfect showcase of those talents. It's a B-picture, to be sure, but a surprisingly strong one.  Lugosi is always fun to watch, and he's at his hammy best here.

Kino's presentation may have a few issues, but it's certainly not the disaster that some purists are making it out to be. While the damage to the raw cut is a but heavy at times (clearly demonstrating the need for the DNR), there are pros and cons to both. Watch the main presentation to be impressed by how contemporary some of the shots look (especially in close up), watch the raw cut to marvel at Halperin's striking use of shadow and eerie atmosphere. Taken together, they are a satisfying presentation of one of Lugosi's most indelible roles, now saved from the public domain bargain bin by its clearest presentation ever.