And the Nominees Are...

Surprise was the key word at this morning's Academy Award nomination announcements. As expected, Steven Spielberg's Lincoln led the nominations with 12, but the films that were once considered its biggest competition - Argo, Zero Dark Thirty, and Les Miserables failed to garner Best Director nominations, an almost essential piece of the Best Picture puzzle. Does that mean Lincoln is now undisputed? Or does the wide ranging love for Silver Linings Playbook indicate it's a bigger threat than we once thought? 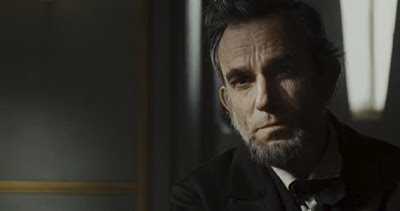 I'm most thrilled for the love for Michael Haneke's Amour, which picked up nods for Best Picture, Director, Actress, Screenplay, and Foreign Language Film. I would have loved to see The Painting get nominated for Best Animated Feature, but a surprise nod for The Pirates! Band of Misfits shut it out. I was also disappointed that Howard Shore's score for The Hobbit didn't get the recognition it so richly deserves, although he's already won three Oscars for the Lord of the Rings trilogy.

The bottom line is that the Academy through a lot of people for a loop, and several "locks" found themselves not nominated. So what surprises do they have in store when it comes to the winners? Is Lincoln as safe as we think? Is Silver Linings Playbook this year's Shakespeare in Love? This could still end up being one of the most exciting races in Oscar history.

The winners will be announced at the 85 Annual Academy Awards on Sunday, February 25.
Email Post