In celebration of its 60th anniversary, David Lean's epic masterpiece, Lawrence of Arabia, will return to the big screen where it was meant to be for one night only on October 4. 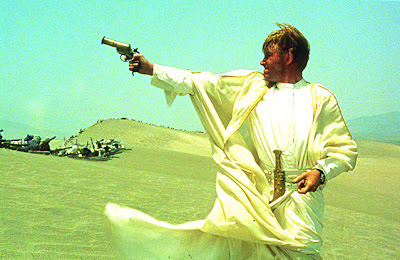 Digitally restored, the film will screen in 630 theaters across the country before its new blu-ray release on November 13. The event will also include newsreel footage of the stars on the red carpet at the film's original premiere 60 years ago.