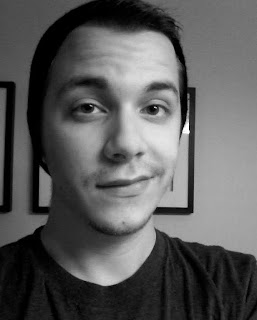 From the Front Row just keeps growing. After the addition of our first staff critic, Charles Lyons, back in December, we are pleased to welcome a new contributor to the Front Row family, Jesse Taylor.

Jesse is a cinema buff taking his first stab at the blogoverse. Writing independently for many years, he has finally decided to get his voice out there and From the Front Row is helping him do so by inviting him to join our team. Originally from Niagara Falls, Canada, he made the move to the big city of Toronto to attend York University where he majors in Film & Cinema Studies. Toronto has become his home thanks in part to the great film community and the wonderful festivals and events. Extremely passionate about cinema, he is excited to finally get the chance to express his opinions on a larger scale along with other great people who are just as fanatical. He can be found on Twitter (@jessetaylor25) where he continues to obsess over film, music, and pop culture in general.

I hope to make From the Front Row a outlet for new voices in film criticism and appreciation, and I'm thrilled to have Jesse contribute from time to time as his schedule allows.
Email Post