Universal pictures is celebrating its 100th anniversary by restoring 13 films from their catalogue, many of which will be receiving blu-ray releases in the coming films. 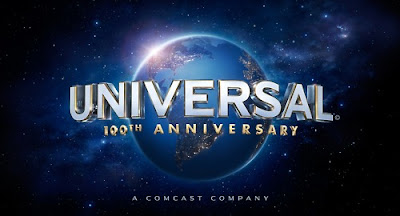 The films receiving the cleanup are: All Quiet on the Western Front, The Birds, Buck Privates, Dracula (1931), Dracula Spanish (1931), Frankenstein, Jaws, Schindler’s List, Out of Africa, Pillow Talk, Bride of Frankenstein, The Sting and To Kill a Mockingbird. 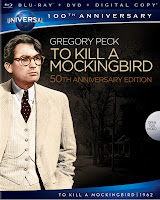 The first of the blu-ray upgrades will be To Kill a Mockingbird on 1.31, followed by All Quiet on the Western Front on 2.14.

I'm thrilled that Jaws and Dracula will finally be receiving long awaited blu-ray upgrades, as well as To Kill a Mockingbird, which is one of my favorite films. The new glut of releases will culminate in a release of Universal's classic monster collection and their Alfred Hitchcock collection on blu-ray at the end of the year.

This is, of course, fantastic news for fans of Hitchcock as well as the Universal monsters like Dracula, Frankenstein, and the Wolf Man. I'm curious to see if they do a blu-ray of Schindler's List, since the film with the new 100th anniversary packaging was released today.

Look for all of these titles to appear on shelves gradually throughout the year.
Email Post