There have been whispers for a while now of a Bridesmaids Best Picture nomination, and while I dismissed them as silly speculation or wishful thinking, its continued popularity with the guilds has given me pause. This thing might actually push through. If it gets in over The Tree of Life, the Academy will have officially become a joke. Bear in mind, however, that unless the screenplay was written by a member of the Writers Guild, then it's ineligible, so several screenplays still in contention are not eligible for consideration here. 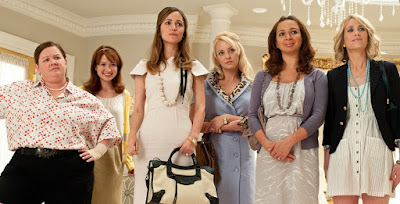 Here are the nominations: