History repeats itself in an interesting bit of irony as Tom Hooper (The King's Speech), last year's DGA winner, presented Michel Hazanavicius (The Artist) the Directors Guild of America award for director of the year. 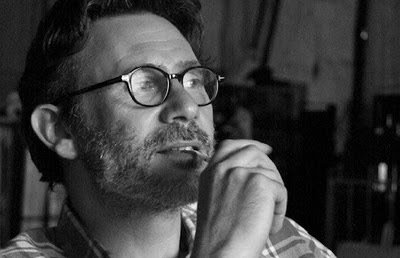 This is the second year in a row that a solid but unremarkable film has beat out a crop of much stronger directorial voices on an unstoppable march to the Oscars. I honestly don't think I've ever felt such a strong disconnect with the industry as they continue to heap accolade upon accolade on a nice, unoffensive little film that has nothing new, original, or particularly soulful to say.

I like The Artist. I do. But I don't get this at all. What makes The Artist a stronger directorial achievement than something spiritually transcendant like Terrence Malick's The Tree of Life (which wasn't even nominated), or Martin Scorsese's vastly superior ode to silent film, Hugo, or even David Fincher's remake of The Girl with the Dragon Tattoo, a lesser film than The Artist but nevertheless a much fiercer, assured directorial voice. And don't even get me started comparing it to Asghar Farhadi's work on A Separation or Nicholas Winding Refn for Drive, or any other number of films from 2011.