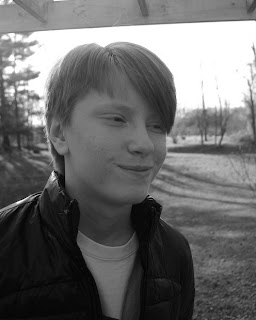 It's a sobering moment when you realize you just can't do everything yourself. For over five year years, From the Front Row has been my outlet for my opinions on everything film. I wanted to see everything, review everything, be everywhere and everything at once (not to mention I have recently added soundtrack reviews to my already full plate). But I just can't do it all. I'm only one person. Even the major print critics don't review EVERY movie they see. They have colleagues to help them. Some new blood and a new voice is just what I need to keep the site moving along. I reached out for help, and I couldn't be happier with the result.

I am pleased to announce that Charles Lyons will be joining From the Front Row as a staff writer and my new partner in crime.

Charles Lyons is a freelance film critic and essayist based in the Washington, D.C. area. He is currently a staff critic for the online incarnation of David Bax and Tyler Smith’s Battleship Pretension podcast and was recently added as a contributor at Not Coming to a Theater Near You. In addition, Charles will soon be debuting a new column at The House Next Door, the official blog of Slant Magazine. In the past, he has written for publications online and print alike, such as In Review Online and Film for the Soul, as well as a bevy of locally-based outlets (including The Blue Ridge Leader and The Purcellville Gazette). He is a voting member of the Muriel Awards, an impassioned, grassroots year-end critics poll, and can be found on Twitter (@charles_lyons), where he frequently posts bite-sized musings on film, as well as links to his and other notable work.

Charles is thrilled to begin his tenure as staff critic at From the Front Row and would like to thank all who were involved for making it possible.

I still plan to watch everything. I'm a completist, and insist on seeing everything I possibly can, especially before year end voting/list tabulating. I like to have as complete a picture of the movie year as possible. But I just can't review every single movie I see each year, so I'm happy that Charles is joining me to help share the burden. Already we have been working on some new features that will be coming your way in the near future. He is a very talented young writer with a unique voice great taste in film, and I think we will make a great team. Look for his first contribution to the site in the next week or so. It will hopefully be the beginning of a long and prosperous partnership.
Email Post