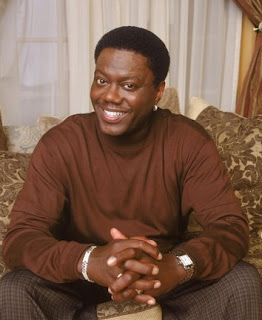 Bernie Mac, the actor and comedian who teamed up in the casino heist caper "Ocean's Eleven" and gained a prestigious Peabody Award for his sitcom "The Bernie Mac Show," died Saturday at age 50.

"Actor/comedian Bernie Mac passed away this morning from complications due to pneumonia in a Chicago area hospital," his publicist, Danica Smith, said in a statement from Los Angeles.

She said no other details were available and asked that his family's privacy be respected.

The comedian suffered from sarcoidosis, an inflammatory lung disease that produces tiny lumps of cells in the body's organs, but had said the condition went into remission in 2005. He recently was hospitalized and treated for pneumonia, which his publicist said was not related to the disease.

What a shock. My thoughts go out to the family.
Email Post

Farzan said…
R.I.P Bernie, you will be missed..