Movies I Love (That No One Else Does) - Part II

I did this back in April and it spawned some pretty good feedback, and there's nothing I like more than sparking good discussions about film. So I decided to make this a running series, by running down three more films that have a special place in my heart, but seemingly no one else's. 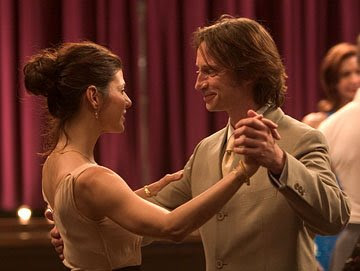 I don't think anyone would ever mistake this for a good movie. It's awkwardly edited, poorly constructed, and features overwrought dialogue and a hammy performance by John Goodman as a nostalgic dying man, who was trying to make an appointment with a childhood sweetheart he made 40 years ago, only to collide with fate on the highway on his way there.

Robert Carlyle stars as the good Samaritan widower who is the first to arrive on the scene of the accident, and goes in his stead to Marilyn Hotchkiss' Ballroom Dancing and Charm School, only to find that the girl he is looking for isn't there. Instead he finds a place where he belongs, and falls in love with a beautiful classmate who finally frees his heart from the grief after his wife's suicide.

It's all quite mushy and shamelessly manipulative, but damn it if I wasn't bawling my eyes out ten minutes into the film. I knew it shouldn't be affecting me the way it was, but I couldn't help it, I had been sucked in.

The film is based on a 1990 short film of the same name, and uses some of the footage from the original film as flashbacks. Miller really captures that innocent, starry eyed nostalgia that gets me every time, even when I know better. This was most definitely one of those occasions. But I found myself completely charmed by it despite myself. Plus it has a surprisingly unsentimental ending, taking on an interesting twist of hard-edged honesty that is an odd tonal shift, but really adds personality to the film, further setting it apart from the pack. It's a hard film to pin down or categorize, but I stopped trying long ago. I just love it, and leave it at that. 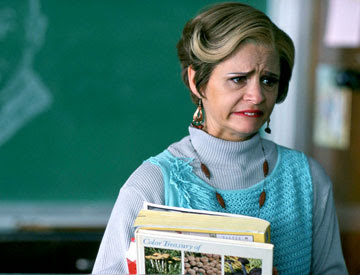 Yes, I'll admit it: I have a warped sense of humor. And no other recent film quite sums up my comedic sensibilities like Strangers with Candy, based on the Comedy Central show of the same name. The brain child of Amy Sedaris, Stephen Colbert, and Paul Dinello (who all co-star and co-wrote the film), Strangers with Candy is a gleefully irreverent spoof on after school specials about a raucous misfit (Sedaris) who after spending 32 years in jail decides to pick up her life right where she left off - by returning to high school.

What follows is an unadulterated exercise in absurdity where unabashed political incorrectness insure that nothing is sacred. Sedaris' fearless performance is a marvel - its pure, over the top comic ridiculousness of course, but everyone involved commit themselves so totally and earnestly to their roles that it makes it that much funnier - even in cameos by Matthew Broderick, Sarah Jessica Parker (as an addled guidance counselor), Alison Janney, and Philip Seymour Hoffman.

It's definitely not a film for all tastes, because it crosses all kinds of lines and then spits on them, but it's one of my favorite comedies, if for no other reason than for its sheer audacity. You can't really explain something like this, it just needs to be seen. 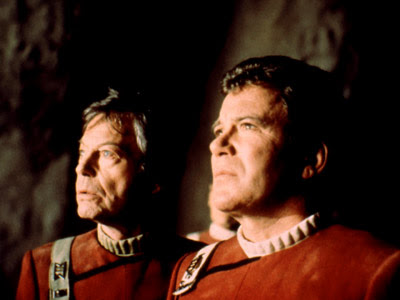 Part of me can understand why this one gets a bum rap. But the other part of me loves it so much that I don't care about its obvious flaws. Yes the ending doesn't make sense, yes things get tied up a little too quickly and lamely (apologizing Klingons, really?), but it's freakin' Star Trek man! The relationship between Kirk, Spock, and Bones, is the real highlight here, and the search for god with Spock's renegade brother Sybok (he feels emotion, gasp!) is a noble idea that never gets fully explored.

But I really think it's the funniest of the Trek films, even more so than Star Trek IV, which is intended to be more of a straight comedy. But here, you have Spock and those moonboots, the Kirk/Spock/Bones sing a long, toasting marshmellons, what's not to love? And how can the only Trek film directed by the Shat himself not be awesome?

It's obvious they were shooting for the stars on this one, and they fall pretty short of the mark, but it's an enjoyable ride anyway, if for no other reason than to get to spend time with our friends on board the U.S.S. Enterprise.

Anonymous said…
yep...i don't like those or love them. good post though; even though I don't like these films, I did sit through each one, the whole thing. Proving yet again, that I'm a sap for anything that is remotely close to considered a "movie".
11:02 PM

J.D. said…
Strangers with Candy, compared to the series, was lame. I liked it, but the show is vastly superior.
10:52 AM

Anonymous said…
I have to agree with J.D.

And I have not seen the other two films, but as usual I love these kinda posts and what they represent. So good one Matty.
3:50 PM

Matthew Lucas said…
Thanks guys. I love hearing about other people's unique film loves. Sometimes there are movies we like that are pretty much indefensible other than that we just love them...but getting them out there is a good way of finding people who share your odd tastes.
10:50 PM