Review: "Where in the World is Osama Bin Laden?" 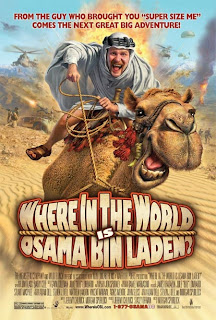 I have a lot of respect for Morgan Spurlock's Super Size Me, and the lengths he went to to prove his point. He's also done some good work on his television show, 30 Days, where he puts two diametrically opposed people together for 30 days in hopes that they can come to understand each other from the experience. His work to illuminate the darkness and dispel ignorance in all its forms is admirable and laudable, but in his latest big screen documentary, Where in the World is Osama Bin Laden?, I think he has finally taken his cinematic muckraking too far.

Spurlock starts out with the premise of setting out on the trail of the world's most infamous terrorist when he learns that his wife is pregnant. Fearing for his child to be born into a world as dangerous as this, he decides to single handedly try to find Bin Laden himself. It's an inherently arrogant premise, but Spurlock treats it with a tounge-in-cheek humor that could have almost worked if he hadn't tried to make important statements with the film, which makes its comical tone seem flippant and obnoxious. 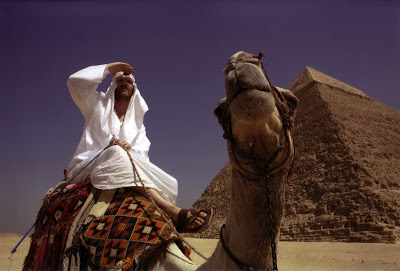 Traveling all over the Middle East, Spurlock decides to take a different approach to finding Bin Laden, by asking every day citizens if they know where he is. They don't of course, or offer vague replies like "Afghanistan" or "Pakistan." But the goal of looking for Bin Laden takes a back seat as Spurlock tries to explore Middle Eastern feelings about America, attempting to dispel the all too commonly held belief that all (or at least a majority of) Muslims support Bin Laden's brand of radical jihadist Islam.

It's a noble goal, and one that really needs to be heard, but Spurlock's condescending, preachy tone tends to overshadow his ultimate goal, as does a needless and distracting subplot about Spurlock's wife having a baby that sticks out from the rest of the film like a sore thumb. It makes for a film with a severe personality syndrome, at once cartoonishly goofy and somber as Spurlock unsuccessfully looks for deeper truths. He is completely unable to strike a tonal balance, something that Michael Moore consistently excels at, using biting humor to drive home a point. Spurlock's humor seems to have no purpose, making his film a lighthearted romp through the Middle East with a few random breaks for some "serious" reflective moments. 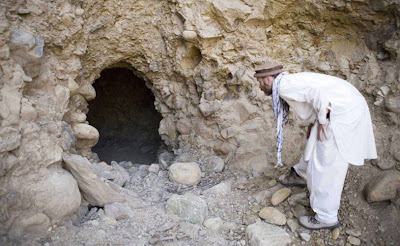 That's Where in the World's biggest problem, it's fatally unfocused and scattershot, jumping from thought to thought and place to place with little cohesion or purpose. I got what he was trying to say because he kept looking directly into the camera and telling us, as if he has to constantly ask "did you get it?"

Yes, we get it. Muslims don't all love Osama and don't all hate America, and America has brought much of its problems on itself. It's an important message that we've all heard before, and those that haven't and should probably won't be watching this film anyway. It's too bad the message is so convoluted by Spurlock's lazy, unfocused direction and awkward, slapstick tone. He had a great idea, but squandered it on random faux-video game footage and a gratuitous storyline about...himself. Where in the World is Osama Bin Laden would be more aptly titled Where in the World is Morgan Spurlock, because the movie is all about him. He's the star, and we know it. A little less Spurlock and a little more insight could have made this an important film. As it stands, it's just a shameless vanity project that's better off ignored.

Anonymous said…
Haha, sounds like I didn't miss this one much when I skipped it earlier this year. I sort of want to see it just to see ho awful it really is.
9:32 AM

Daniel said…
Yup, it got my lowest doc grade ever = C-.

The baby thing was totally ridiculous. About the only funny part was the U Can't Touch This dance
5:15 PM

Matthew Lucas said…
I once gave an F to "Celsius 41.11: The Temperature at Which the Brain Begins to Die."